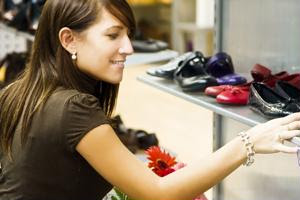 According to Logistics Management, a report assembled by the National Retail Federation and the United States Department of Commerce showed that last month's merchandising sales were up 0.3 percent from January, standing at $427.2 billion. The spend analysis excluded vehicles, gas stations and restaurants from the study, but the DOC noted that the three industries were up 2.3 percent on an unadjusted annual basis.

Although NRF Chief Economist Jack Kleinhenz remained optimistic, he claimed that the aforementioned statistics did not guarantee a bustling spring season, primarily due to fluctuating weather habits. However, the news source noted that the U.S. unemployment rate is declining at a slow, but gradual, pace. In addition, the housing and automotive industries seem to be recovering from the residual effects of the 2008 recession.

Looking for the best deal

The strategic sourcing techniques of certain business executives have fostered growth in bargain retail. Reuters reported that discount store chains are appearing throughout North America, delivering setbacks to pre-established merchandising giants and competing with e-commerce initiatives. In response, the commercial real estate economy is showing growth, with shopping center vacancy rates in 60 major U.S. industries falling to 8.6 percent at the end of 2013.

Due to the prevalence of online shopping, the procurement process of the average retailer has changed dramatically, favoring distribution routes that can readily deliver small shipments of numerous different products to hundreds of thousands of separate locations. However, some merchandisers have failed to adapt to the changing climate. Earlier this month, Staples and RadioShack announced that they planned on closing a combined 1,325 stores nationwide.

"Analysts said they were slow to react to declining foot traffic and surging amount of consumer shopping moving to the Internet," the new source reported.

Despite these drawbacks, many U.S. shopping center proprietors have claimed that vacancies are quickly filled. Dollar stores have witnessed significant growth over the past few months, with some corporations planning on opening up several hundred additional stores in the upcoming year. Mall owners also claimed that discount merchandisers - such as Costco Wholesale, T.J. Maxx and Marshalls - have been filling up space.

Overall, it looks as if the U.S. retail economy is expected to bounce back after a weighty recession and unforgiving winter.