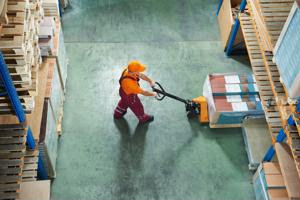 Despite an uncertain fiscal cliff, a government shutdown and the doubtful attitudes of economists, the United States manufacturing industry experienced a sharp rebound at the end of 2013. Close analysis of spend management practices, a healthy holiday shopping season and a rise in export orders contributed to the improvement. As a result, market professionals believe that the industry will continue to progress throughout 2014.

Looking at the numbers

A survey of economists conducted by Bloomberg predicted that the manufacturing index would rise to 55.1 in the first quarter of 2014. However, The Institute for Supply Management's indicator surpassed the estimation and climbed to 57.3, the highest it's been since April 2011. The source stated that U.S. factories have benefited from increased exportation. Meanwhile, a recovering housing industry boosted profits for companies such as Deere and Company, which provides construction equipment and domestic appliances.

On the other end of the spectrum, global sourcing has witnessed a slight decline despite convalescing foreign markets. The news source noted that major manufacturing industry participants like China have increased production, but can't seem to keep pace with the U.S. Andrew Kenningham, senior global economist at Capital Economics in London, claimed that European factories are enhancing operations, but appear lackluster compared to Asia and the West.

Industry Week contributor Michele Nash-Hoff noted the importance of manufacturing, as it creates residual industries in order to support it. Retailers eager to cut down on transportation costs consider domestic production into their strategic sourcing, while distributors set up operations in order to supplement merchandising delivery needs. The article noted that California is the number one state in the U.S. in terms of manufacturing jobs and firms, accounting for 11.7 percent of the country's total output.

However, the article acknowledged that further industrial growth in the state is hindered by a number of factors. In order for California to remain a viable competitor in domestic and foreign manufacturing, businesses need to conduct spend analysis with the following aspects taken into consideration:

Although foreign competition from China, Vietnam and other Pacific economies have hindered industrial growth in the past, overseas factories have raised their prices to meet increased wages and higher fuel expenses.