Food companies seek to bridge gap between consumers and products 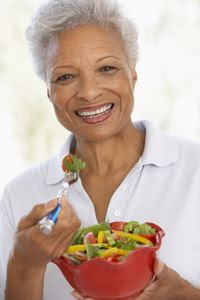 The food industry has sustained intense scrutiny from the United States population as of late, spearheaded by documentaries and literature detailing just how removed people are from the products they ingest. This may appear as a wholly domestic issue, but the fact of the matter is that global sourcing is a major contributor to this disconnect. It can either be a bane or boon to supermarkets, depending on where they choose to obtain produce.

Such enlightening media as "Food Inc." ultimately empowered the U.S. population, notifying them that they are in control of what they ingest. Therefore, how food companies obtain provisions and what they sell are somewhat dictated by the appeals posed by consumers. Currently, supermarket customers are looking for organic, local and fair trade.

Of course, faced with a rising global population and increasing demand, food corporations define sustainability in a completely different light than the rest of the population. Implementing eco-friendly practices into the procurement process is part of it, but making sure that the supply satisfies customer needs is also a factor in the equation.

Sarah Hills, a contributor to Food Navigator, spoke with Emma Gubish of Leatherhead Food Research regarding current sustainability trends in the market. Gubish told the source that how a company utilizes ecologically cognizant methods can either make or break its business foundation. So far, lobbying efforts calling for cleaner ocean habitats have caused many food corporations to focus on the strategic sourcing of seafood products. However, she claimed that this reactionary approach isn't constructive to an organization's survival.

Gubish noted the importance of agricultural practices and how they can effect consumers' perception of a particular company. A demand for organic products has sparked a new sub-industry within the market, forcing larger corporations to adapt to the times. Breaking off decade-long relationships with particular farms on or offshore poses as an intimidating task for many of these businesses, prompting them to open communications with agricultural assets in order to see how organic solutions would be economically feasible for both parties.

It's true that there's a significant contingency that believes it knows what food products are safe to consume and which ones aren't. However, consumers such as restaurant owner and BBC News contributor Oliver Peyton are downright befuddled by the amount of contradicting reports that are released by officials.

"Take oily fish. One minute we are told we are meant to be eating it to be brainier and healthier," noted Peyton.  "The next we hear, oily fish is contaminated with toxins and to be avoided, then all of a sudden it's back in fashion again.

Even if a report released by a supermarket chain concerning a particular kind of produce is true down to the bare facts, there's a good chance the population will either view it as biased or disregard it completely. Therefore, corporations have taken it upon themselves to disclose nearly every detail of their business practices, from procurement management to what growers they buy from. Again, this doesn't entail developing a white paper carrying a promotional tone, but inviting the press and other unbiased media outlets to perceive the sourcing and acquisition practices in their own way.

A common challenge faced by many food corporations is the inability to accurately view every stage of their distribution, especially if they're connected to farmers in the Caribbean and a fishing company in the North Pacific. It may be socially and economically favorable for these large enterprises to invest in procurement software to provide executives with a real-time view of operations.