Home Unlabelled Gearing up for a return to domestic manufacturing

Gearing up for a return to domestic manufacturing 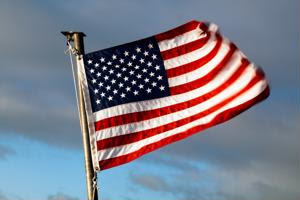 Lackluster economic growth over the next 12 years will serve as a catalyst for the movement away from offshore manufacturing and back to domestic manufacturing, according to a recently released study conducted by Penn State University, Capgemini Consulting and recruiting firm Korn/Ferry International.

Growth in developed economies, such as the United States, is projected at between 1 and 3 percent over the time period - a forecast that will require increased logistical efficiency, more collaborative efforts between third-party logistics providers and shippers, a heightened reliance on IT (notably the big data trend) and a greater customer focus.

"The 'easy growth' is over; moving forward, such economic uncertainty alongside growing government budget deficits and increased regulatory pressure will make businesses reluctant to invest," explained Zack Deming, principal at Korn/Ferry, as quoted by FleetOwner.com.

In the wake of an outsourcing trend that saw many firms take advantage of cheaper operating costs overseas in past years, some companies are "reshoring" - bringing formerly outsourced production back home. Big-name firms that have jumped on the reshoring bandwagon include Apple, Caterpillar, Chrysler, Ford, General Electric, Lenovo and Whirlpool, which have either already taken steps to reinvest in old U.S. plants or set up entirely new ones, according to The Guardian.