Home Unlabelled US manufacturing improves despite apprehension among economists

US manufacturing improves despite apprehension among economists 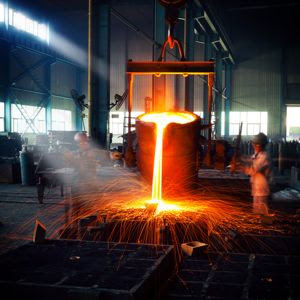 The United States may not expect a gross influx of manufacturing development over the next two years, but the current decade is expected to yield gradual improvements. Political uncertainties and increased labor wages overseas have resulted in a slight reduction in global sourcing, leading a number of organizations to invest in domestic factories. Although a booming economic renaissance doesn't look to be in the country's future, the prospect of stability remains promising.

As a result of the retail market's general success over the first quarter of 2014, the U.S. Bureau of Labor Statistics released a report on March 7 stating that manufacturers added 6,000 new employees in February. These statistics correlate with a sluggish hiring rate in January 2014 and December 2013, a residual effect of a winter that delayed product deliveries and kept consumers relatively conservative.

On a more positive note, February marked the seventh consecutive monthly expansion for manufacturing employment. Since August 2013, manufacturers acquired an additional 12,000 new employees every 30 days after assessing positive financial benchmarking. As of the 2008 recession, approximately 17 percent of all factory hires were conducted during that time period. This positive outcome could be influenced by the wholesale industry's addition of 15,000 jobs to the market, as on-shore product fabricators looked to satisfy the monthly demand.

According to Reuters, the U.S. Conference of Mayors reported that energy-intensive manufacturing jobs will increase by more than 1 percent a year over the next six years, with 72 percent of those positions going to cities. The organization cited the country's recent domestic oil and natural gas expansion as the largest contributor to market growth and noted that fabricated metals and machinery were critical contributors to the economic boom.

"We're all aware of the incredible impact the energy revolution is having on our national economy," said Virg Bernero, chair of the conference's advanced manufacturing task force, as quoted by the source. "The growing competitiveness and increase in employment from these manufacturing sectors are important to our cities and metro economies."

Metropolitan manufacturers specializing in metal fabrication and steel production have greatly benefited from the improving energy economy. Oil and natural gas companies looking to reduce the time on machinery deliveries have reevaluated their procurement process to include on-shore suppliers. Heating demand rose over the past few months in response to an exceptionally cold season, putting pressure on power companies to quickly obtain necessary resources.