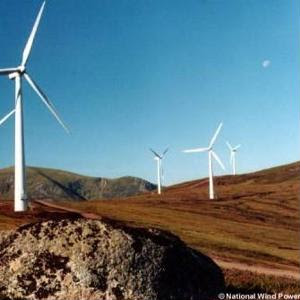 While utilities and legislators are gradually pushing the United States toward a more sustainable future, a few European organizations are scaling back on renewable investments. As wind levels and sun exposure vary across the world, some power distributors are conducting spend analysis studies to determine whether or not a return on investment is expected out of sustainable resources.

Sustainable Business reported that Nevada has witnessed more than $5 billion in green electricity investments over the past four years. The Clean Energy Project credited the state's Renewable Energy Tax Abatement program, which has created just under 3,000 construction jobs that pay $37.30 an hour on average. In order for a corporation to receive sales and property tax reduction, at least of half of its employees must be Nevada citizens and provide health insurance to laborers and their families.

As a result, many organizations have integrated green technology into their strategic sourcing agendas, finding that certain areas could produce enough energy to power more than 93,000 homes on a consistent basis. Nevada's Silver State South Solar Project is anticipated to produce 250 megawatts of electricity. Apparently, it is the first farm of its kind to be constructed and owned by a Native American tribe, the Paiute.

All in all, $500 million spent on tax abatements resulted in a 10-to-one return on investment, which doesn't count the state's receipt of $820 million in employment and property benefits as a result of those projects.

In other parts of the world, some companies are not meeting the desired financial benchmarking goals set for the upcoming year. James Murray, a contributor to Business Green, stated that Scottish and Southern Energy, a major power provider based out of the United Kingdom, recently announced that it is going to significantly reduce involvement in the offshore wind industry, effectively ceasing further funding of three large-scale projects.

The statement comes in tandem with a recent announcement that the business will continue financial backing of the 750 MW Beatrice incentive, but will cut 500 employees. In contrast, SSE is looking to offload its 50 percent stake in the Galloper effort, claiming that the required procurement process necessary to support it won't result in a return on investment.

"SSE does not currently believe that the costs of constructing and operating Galloper, and the revenue likely to be earned from it once built, will provide a return on SSE's capital investment that will enable the project to compete successfully against other projects in SSE's wider investment portfolio," stated the company, as quoted by the news source.