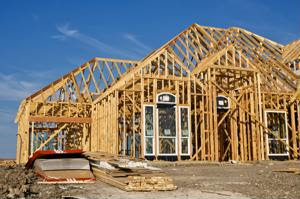 Although homeowners and developers feel confident enough to begin construction projects delayed by the 2008 recession, particular materials have become expensive. Instead of abandoning building initiatives, these professionals have sought to reevaluate their strategic sourcing to find more cost-efficient methods of obtaining necessary goods. For those without the proper software or resources, doing so has become much more difficult.

As they currently stand

According to Transport Topics, the Associated General Contractors released a spend analysis based on data amassed by the United States federal government, concluding that construction prices increased more than the overall costs for final demand in January. Ken Simonson, the organization's chief economist, told the news source that despite the fact that the bid prices proposed by contractors correlated with materials expense increases, commodity, building type and specialty trade produced mixed results.

"Increases in prices for gypsum, lumber and plywood, cement, insulation materials, and copper and steel products drove the increase in construction producer prices," said Simonson, as quoted by the source.

The AGC reported increasing employment rates in the construction industry, as well as rising private-sector demand. However, some firms with inadequate procurement management strategies typically fell behind the competition, losing profitable projects to more capable contractors.

No reason to panic

Many domestic manufacturers recognize the drawbacks of higher construction materials. Although they may certainly earn an extra dollar from the increased prices, some developers may choose to delay projects or abandon them all together. As a result, many of these fabricators have been taking proactive measures to balance out the market.

The organization recently announced that it entered into a new $1.1 billion, five-year revolving credit facility with Bank of America, J.P. Morgan Securities and Wells Fargo among two other lenders. The new asset will provide AK Steel with greater financial knowledge and increased distribution flexibility. The move has been acknowledged by spend management professionals as a positive step toward reducing the price of their finished products, as it will give them greater visibility of their transportation and sourcing logistics.