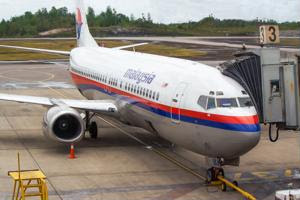 As of late, Malaysia has been looking to enhance its global financial benchmarking by encouraging transnational trade and financing from abroad. Amid criticism of the country's premiere airlines after the disappearance of Flight 370, diplomats and ambassadors are doing whatever they can to foster new interest in the Southeast Asian economy.

Speaking in Kuala Lumpur, Likhachev claimed that a trade accord would be beneficial for both countries, as Russia requires more textiles while Malaysia is in dire need of pharmaceutical products and machinery. Private investment in the Pacific nation is expected to rise as a result of the informal agreement - the news source stated that the World Bank ranked Malaysia as the sixth easiest nation to conduct business with. The country's total trade with Russia increased by 66.6 percent last year, adding up to about $1.8 billion.

Neighboring economies have followed suit by inviting Malaysian business leaders to lead a trade and investment mission. The Business Mirror reported that President Benigno Aquino of the Republic of the Philippines expressed interest in fostering financial ventures to Malaysia's Chamber of Commerce in Kuala Lumpur in February. Herminio Coloma, communications secretary for the Philippines, told the source that the Malaysian executives desire to bring strategic sourcing to his home country once the Bangsamoro Peace Agreement is fully implemented.

The BPA is an accord between the Moro Islamic Liberation Front and President Aquino to create a self-governing political entity that will replace the Autonomous Region of Muslim Mindanao. The conflict between ARMM and the primary state disrupted trade for several years, prompting foreign business leaders to remain wary of investing in the wartorn country. Due to the pacification, President Aquino spoke with representatives of Air Asia in order to foster interest in inciting routine trips from Kuala Lumpur to Kalibo, a region famed for its beaches and Boracay Island.

Currently, the Malayan Banking Berhad owns several branches in the Philippines, which dispatched representatives to speak with President Aquino during his visit to Kuala Lumpur. As this monetary investment already exists, it's possible that the two countries will organize a stable currency trading business.