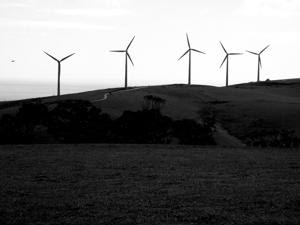 Amid global warming concerns and consumer desire for cheaper electric rates, executives and government officials are collaborating to initiate spend analysis programs to determine the economic feasibility of renewable energy adoption. Although the public is generally in favor of green technology implementation, legislators and business leaders are exercising caution.

Review energy consumption in the Pacific

According to Real Estate Rama, the Hawaii Public Utilities Commission released its Evaluation of Hawaii's Renewable Energy Policy and Procurement report in Jan. 2014, which was funded by a grant provided by the National Association of Regulatory Commissioners (NARUC). The purpose of the study was to develop a viable procurement management plan for green technologies.

Considered to be the first phase of a more substantial initiative, the report provides constituents and state legislators with a comprehensive analysis of the approximate economic expenses and benefits of Hawaii's numerous renewable power deployments. Some of the technologies reviewed by the study included the state's net metering program and competitive bidding process concerning large-scale energy production.

The commission is working in conjunction with Energy and Environmental Economics to evaluate any areas in Hawaii's renewable energy procurement process that could be manipulated to reduce green technology costs and encourage consumer adoption.

Is wind power a viable investment?

In Mass., legislators recently authorized an acquisition of 12 long-term wind power purchase agreements (PPAs) that are expected to save electricity consumers $853 million over the contracts' life spans. North American Windpower reported that the state's Department of Public Utilities gave approval to National Grid, NSTAR Electric, Unitil and Western Massachusetts Electric Company to pursue extensive wind energy investment projects. The article mentioned that additional wind farms in N.H. and Maine are expected to coincide with the agreements.

One of the companies contracted for turbine installation was First Wind, which owns two of the three projects that were awarded PPAs with Mass. utilities. The corporation's subsidiary, Evergreen Wind II, began constructing a 147 MW facility located in Maine in late 2013.

In the midst of assembling a spend analysis, Iberdrola Renewables had two projects up for consideration, but rescinded one of them after determining that the PPA commitments were ahead of the organization's development schedule.

Efforts by legislators from Hawaii and Mass. to encourage green energy initiatives may motivate other state governments to incite similar endeavors. However, before worrying about changing the power production landscape, reviewing the monetary feasibility of such an effort is necessary to ensure a return on investment.