Home IT Utilities switching to telecommunications solutions for disaster preparedness 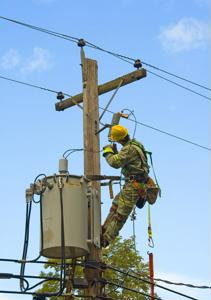 Adverse weather can greatly affect business operations, resulting in firms closing their doors and shutting down their production processes for days, weeks or even months at a time. Some companies might not be able to pick up their business where they were before. The Institute for Business and Home Safety said approximately 25 percent of businesses do not open again after a significant disaster. However, telecommunications software is becoming one of the most crucial disaster preparedness business solutions for utilities companies to help people who are impacted have access to necessary resources.

Businesses are still reeling from the effects of Superstorm Sandy after it hit the Eastern Seaboard last year. Even now, those companies may still not be prepared when the next disaster hits, according to NBC News.

After causing more than $70 billion in damages, significant weather events like Superstorm Sandy continue to catch businesses off guard. In a survey by accounting firm Anchin Block & Anchin polling New York City area businesses, less than half of small businesses said they were ready for the next storm.

One of the risks companies face during and after severe weather phenomena is a loss of power and other resources needed to do business, according to Green Biz. The grid is especially hit hard by disasters as people clamor to get energy in their home or business running. After Superstorm Sandy, more than 8 million people had no electricity for up to several weeks.

Jeff Sterba, CEO of American Water, said the loss in power meant crews could not provide customers with clean water and were forced to transport generators to locations that needed power, according to NBC News.

The private and public sector are starting to learn from the mistakes of disaster management and damage to infrastructures from the last major storm to hit the U.S. by using technology to develop a more reliable grid.

"It was one of those tipping points where utilities, regulators, the policymakers all agreed that there needed to be not just incremental, but significant new investments to deal with severe weather," said Rick Nicholson, vice president of transmission and distribution solutions at software company Ventyx.

To help improve grid operations, utilit​y companies are employing smart grid technology, including data analytics to project the impact of future storms and simulate disaster responses. Companies are also using systems to communicate with their customers and integrate field service software to aid workers during repairs.