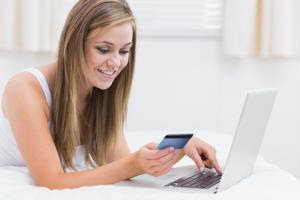 As retailers get ready for a busy holiday season, they should be aware of a major threat to profits that has recently grabbed headlines: debit and credit card transaction fees.

According to the National Retail Federation, the fight over high swipe fees is not over yet. NRF argues that the Federal Reserve cap on transaction fees is too high. Two years ago, the Federal Reserve set a cap on debit transactions of up to 12 cents despite calculating that debit card processing costs an average of 4 cents for banks.

After this approval, the cap was then raised to 21 cents after banks said retailers would pocket the savings for themselves. NRF countered, saying a survey by the Merchants Payments Coalition, which was founded by NRF in 2005 along with similar trade associations, indicated retailers would have passed the savings on to consumers. The survey showed out of the $8.5 billion that retailers saved in 2012, $5.87 billion of this amount was passed onto customers, which encouraged them to spend more and demand more goods.

Economist Robert Shapiro, who conducted the survey, said had the Fed stayed with the original cap of 12 cents, the economy would have generated $12.5 billion and added 55,000 jobs.

"This is clear evidence that retailers have seen significant savings from swipe fee reform and that they're sharing that savings with their customers in a variety of ways," NRF Senior Vice President and General Counsel Mallory Duncan said in a statement. "That's a huge improvement over where we were before reform, and both consumers and the economy are better off. But the savings could have been far greater for retailers and consumers alike if the Federal Reserve had capped debit swipe fees at the level intended by Congress."

After a federal judge ruled in favor of NRF, agreeing that transaction fee caps were set higher than a reasonable level, the Fed appealed and the battle over swipe fees will not likely be resolved until next year.

Software solutions to save on transaction fees

In the meantime, transaction fees can be reduced through the use of automated payment processing systems, according to Manufacturing.net.

As a way to lower transaction fees and other related expenses, automated payment solutions can give merchants more control over all of the costs associated with transaction management. Through interchange optimization, this technology helps merchants save money through pinpointing the type of payment and match it with the lowest cost option to process that transaction and shrink interchange fees, which can make up the largest portion of a merchant's total fees.