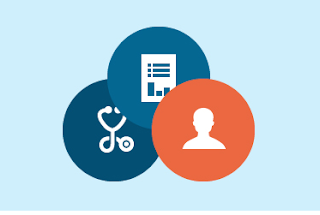 Developing a bug/issue-free website often takes several attempts, although, when you have unlimited resources, budget, and support you would  think a site would be launched flawlessly. The developers of ACA-centric Healthcare.gov saw red flags throughout the development of the site but were faced with a strict timeline for website go-live. The question is: Why would the website developers wait until so close to launch to realize there are many flaws? Were they in fear for their jobs? Or was the entire supplier process not properly conducted?

The goal for HealthCare.gov was to be a simple, easy-to-use tool for individuals without health insurance to have the ability to review and compare several healthcare options against each other. This site would enable individuals to view cost, coverage, and to eventually sign up for their preferred plan. The site was intended to launch October 1st, although, unresolved bugs and issues led to visitors experiencing error messages and long waits to be able to sign up for plans.

Many developers involved in the design noted several warning signs prior to the October 1st launch, which included the site crashing during testing and the inability for the site to provide stability once the site hit a small number of concurrent users. One of the most important considerations to keep in mind when developing a website with a large population base is to build the site to allow for scalability and flexibility to eliminate the need for future modifications. Of the millions of people who attempted to register during the first week of the sites launch, only a merely 3% of those were successful.

Based on several reports made, rather than conducting a formal competitive bid process with several bidders, officials in the Department of Health and Human Services Center for Medicare and Medicaid selected just a sole bidder, although they are denying the accusations. CGI Federal was the main IT contractor to take on the development of the website, most of which turned out to be very flawed. CGI Federal is has been expanding their name and brand throughout the government IT contracting scene over the past few years but is not nearly the size of larger IT contractors such as Lockheed Martin. Several experts and IT firms are wondering, how did the government come to select CGI Federal as the primary contractor when it seems their company lacks extensive experience in this space?


Supplier selection is crucial in all new business needs and requirements. By conducting a formal bid process, you can ensure the correct supplier for the specific task is chosen at the most competitive cost. In a typical RFP process, several other factors play into the decision making criteria and deciding factor such as pre-existing relationships with the companies, relevant prior experience which often includes validation through reference calls, and often cost.

To the above note, a section of the bid process should include how you will score and evaluate the proposals. Outlining evaluation criteria and developing a scorecard to accurately evaluate all proposals is one of the most important aspects of the supplier selection and sourcing process. The scorecard process ties together all pieces of bidders proposals to assist in supplier selection, it should include both quantitative and qualitative information in order to measure all components of the proposal. From the quantitative side, evaluation will be based upon pricing information and ability to identify any gaps or inconsistencies among the bids. On the qualitative side, the goal is to utilize pre-established criteria in order to evaluate the proposals based on your organizations needs and requirements. Ultimately, this process will guide you in determining competitive proposals and assist in the negotiation phase to ensure the best price is given.


From my experience in conducting and evaluating proposals for extensive healthcare hubs and websites, it is hard to believe that an actual extensive and formal sourcing process was conducted due to the large price tag associated with the development and proper execution of the site. As the website continues to go through the cleanup phase and potentially increase the budget even further, I'm hoping the government will learn a lesson from this and continue to enhance features to ensure individuals are getting the most out of the site  (perhaps karma after the government shutdown debacle). Just remember, make sure you're completely vetting your suppliers and evaluating all aspects to ensure a successful website/hub launch.
Finance, IT