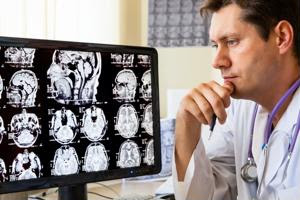 As medical device companies are anticipating whether the tax on their industry products will be repealed in Congress, some are looking to expand in the future. MedPlast recently acquired Orthoplastics in its effort to grow in the European medical device and implantables market, Plastics News reported.

MedPlast, a U.S.-based medical molder and contract manufacturer that had $222 million in sales in 2012, announced it was acquiring Orthoplastics, a manufacturer of polyethylene products and parts for orthopedic device implants located in the United Kingdom. MedPlast previously acquired United Plastics Group, which makes plastic products for medical and industrial companies, last year.

While MedPlast develops medical devices used in surgery, oncology and other health applications, it aims to increase its opportunities in the orthopedic implant market, which counted on Orthoplastics as a major supplier. Harold Faig, chief executive officer of MedPlast, said the company expects that MedPlast can grow faster into the medical device assembly and implantable markets after acquiring Orthoplastics.

By combining with Orthoplastics, MedPlast can expand its existing range of processing technologies in an increasingly regulated market.

"This acquisition allows MedPlast to combine its technical capabilities with Orthoplastics' implantable technologies to become a significant player in the implantable market," David Brooks, managing director of Orthoplastics, said in a statement.

Medical device tax up for debate in Congress

"A repeal of the medical-device excise tax would result in large drop in tax revenues that would need to be offset by tax increases or spending cuts," Martin Milner, a tax partner in the Washington office of McDermott Will & Emery, said in an e-mail to Bloomberg. "As a result of the necessary revenue offset, I do not think the medical device excise tax will be repealed absent a grand bargain that includes fundamental tax reform."