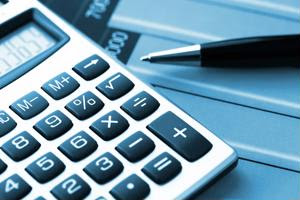 Domestic manufacturing optimism is rising as the leading economic indicator for the industry has reached its highest level since December 2011, according to Manufacturers Alliance for Productivity and Innovation.

The latest MAPI Business Outlook report showed the composite index, the survey's leading indicator for manufacturing activity, grew from 58 in June to 66 in September - the third consecutive gain and an almost 2-year high. The composite index, based on the combined scores of prospective U.S. shipments, backlog orders, inventory and profit margin indexes, shows manufacturing activity has expanded if it stays between 50 points or more.

"Most indexes improved in September, and several rose significantly," said Donald Norman, MAPI senior economist and survey coordinator. "In particular, the large increase in the Composite Index and the jump in the U.S. Prospective Shipments and the Backlog Orders indexes point to an increased pace of manufacturing activity in the fourth quarter."

The Profit Margin Index also saw big gains as its score rose to 68 in September from 56 in June. The percentage of manufacturing companies operating above 85 percent of capacity had an almost 9 percent increase as the Capacity Utilization index reached 30 percent in September from 21.2 percent in June.

Despite these significant boosts in activity, some manufacturers saw drops in investment and spending for research and development. The U.S. Investment Index declined 8 points from 65 in June to 53 in September, indicating that executives were more reluctant to put money toward domestic capital investment. The majority of survey takers were worried about the possibility of the Federal Reserve slowing down on its bond purchasing, which usually serves to stimulate the economy. Asked about the impact of the Fed's decision to taper its quantitative easing program to businesses, 64 percent of respondents said this will have a moderately negative impact on the economy while 30 percent said it would have a minimal effect if at all.

This potential decision by the Federal Reserve could not only impact domestic businesses but global markets abroad as well, potentially making them unstable. The International Monetary Fund said phasing out quantitative easing could result in a $2.3 trillion loss in bond markets, The Guardian reported.

In the IMF's Global Financial Stability Report, the organization said markets are now riskier than they were in the past six months and in a worst case scenario, global interest rates could spike if the Fed were to scale back its purchases of bonds.