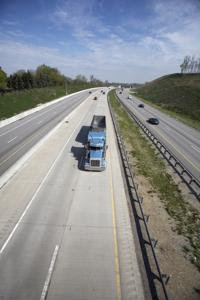 When undergoing freight sourcing and transportation operations, fuel is a large part of operating costs for a business. However, the U.S. Energy Security Council (USESC) aims to reduce costs for firms by introducing alternatives to petroleum fuel, according to Fleet Owner. The USESC issued a recent report, advising the nation to increase competition in the transportation fuels market and tear down tax and regulatory roadblocks.

Compiled by the Institute for the Analysis of Global Security (IAGS), the report argues that removing barriers for alternatives to conventional fuel vehicles can increase the nation's energy independence.

While U.S. lawmakers have focused on improving the country's energy security through less imports of oil, Gal Luft, IAGS's co-director and an advisor to the USESC, said they lose sight of the main problem: oil's monopoly on the transportation sector. While the U.S. reduced its oil imports from 60 percent in 2005 to 36 percent in 2013, the U.S. is deeper in debt and its vehicles are built primarily for petroleum fuels, according to Luft.

He said the U.S. must smooth over regulatory hurdles for fuel competitive vehicles and nonpetroleum-based fuels to enter the market so the nation can reduce its dependence on Organization of Petroleum Exporting Countries for energy.

"Opening the door to fuel competitive vehicles and reducing the regulatory barriers to non-petroleum fuels would reduce the strategic importance of oil with its attendant national security implications," Luft said. "This will also reduce the nation's vulnerability to oil price shocks."

The report suggests that the U.S. implement the Open Fuel Standard (OFS), which would require most light duty vehicles to be powered by another type of fuel in addition to or in place of gasoline or diesel - which can include liquefied natural gas (LNG), compressed natural gas (CNG) or electricity. Another alternative to conventional fuel is "flex fuel" vehicles, which would be required to be at least gasoline-ethanol-methanol compatible.

As an industry trend, more transportation companies and organizations are becoming more open to the idea of competitive fuel vehicles, including those powered by CNG and LNG.

A number of trucking fleets in Minnesota are being converted from diesel to natural gas fuel as more companies look for lower cost and clean-burning fuels, the Star Tribune reported.

"New natural gas engines are more expensive but the difference in price can be paid back in a couple of years or less," John Hausladen, CEO of the Minnesota Trucking Association, told the Star Tribune. "We're seeing the fueling network being built out."

Convenience store chain Kwik Trip is contributing to this growing fuel network after converting 50 light duty and semitrailer trucks to run on CNG and LNG. The company is also adding natural gas pumps at 17 fueling stations in Minnesota, Wisconsin and Iowa with plans to have more in the future.