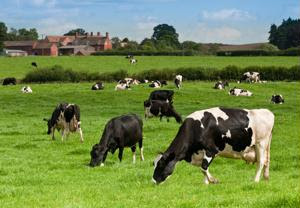 As part of their risk assessment procedures, agricultural industry leaders must evaluate the potential impacts of catastrophic weather. This risk can not only affect supply but also cause prices to rise. South Dakota recently experienced sudden harsh weather that led to an enormous loss of cattle, which may cost farmers millions of dollars, according to Food Safety News.

A strong winter-like storm poured rain and dumped up to four feet of snow, catching ranchers and cattle by surprise and leading to the death of an estimated 75,000 cattle. The South Dakota region affected by the storm has about 1 million cattle and 100,000 sheep in total.

The U.S. Department of Agriculture said the state had the sixth-largest cattle herd in the nation with approximately 3.85 million head in January 2013.

As they try to recover from this loss, ranchers are seeing a delay in aid as Congress has yet to reauthorize a crucial farm bill, according to The Washington Post.

While ranchers have naturally received disaster relief money through the Livestock Indemnity Program and other government-sponsored programs funded under the Farm Bill, the bill expired on Oct. 1 - the day the government shutdown happened. The lack of federally funded relief funds and private insurance have left farmers dealing with the huge loss alone. However, the House is working to develop a provision to give South Dakota ranchers disaster relief funds under the farm bill.

In addition to relief funds, record of losses and recovery of cattle has been delayed due to the government shutdown, Reuters reported. Silvia Christen, executive director of the South Dakota Stockgrowers Association, said ranchers were not able to receive guidance from representatives from the U.S. Farm Service Agency because they were furloughed during the shutdown.

Christen said the total losses could be tens of millions of dollars because each calf lost has a market value between about $800 to $900 while each cow is valued at roughly $1,800.

"This isn't just a crop that's planted and harvested in the fall. When you're dealing with ranch families, you're dealing with generations of genetics," Lucas Lentsch, South Dakota's secretary of agriculture, told The Washington Post. "This is a devastating blow, and it's important for America to remember where its food comes from."

As the disaster in South Dakota illustrates, businesses should include insurance as part of the risk management process as well as prepare for interruptions in their supply.