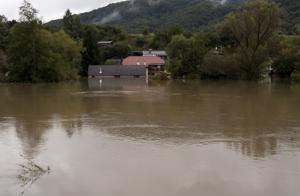 When severe weather or other disasters hit, they could disrupt business operations for days, weeks or even longer, decreasing productivity and making it difficult to source necessary materials. To prevent further interruptions to production and bounce back quickly after a disaster, manufacturers must incorporate risk analysis in strategic sourcing. The importance of this aspect in supply management is highlighted in last month's flooding in Colorado, which has resulted in oil production declines for energy companies and has contaminated some of the state's water supply.

Due to the deluge in Colorado, Houston-based Noble Energy has reported that its average oil and gas production has been cut down thousands of barrels of oil per day, according to Northern Colorado Business Report.

With an average production loss of 2,000 barrels per day (bpd) during the third quarter, the energy company also stands to lose even more in the fourth quarter with 5,000 to 7,000 bpd. After the flooding, Noble Energy has managed to recover from the disaster as drilling activities are back to normal levels with plans to ramp up production to make up for existing drilling backlog by the end of next year's first quarter. The company also said it has 430 wells back in operation after being forced to close off 758 wells.

"These impacts to our business are short-term in nature and we look forward to the continued substantial growth and long-term value creation in this core business," said Gary W. Willingham, senior vice president of U.S. Onshore for Noble Energy.

For manufacturers that heavily rely on natural resources for production, accounting for logistics and natural disasters is crucial to maintaining regular operations. For example, water contamination and lack of reliable water service can bring many businesses to a halt. Colorado reports that 1,042 barrels of oil or gas and 430 barrels of water used for production eventually spilled, Food Safety News reported.

While the Colorado Department of Public Health and Environment (CDPHE) has not found evidence of oil and gas pollution after the water-related disaster, the state faces an even larger threat. As another spillover effect of the Colorado flood, a river and stream survey indicates there is a high presence of E. coli bacteria in the state's water.

In the aftermath of the flood, sewage treatment plants and damaged water infrastructures contaminated the state's water supply with E. coli. The state is working toward testing affected public water systems.