Home Unlabelled Campus IT budgets strained as technology use grows

Campus IT budgets strained as technology use grows 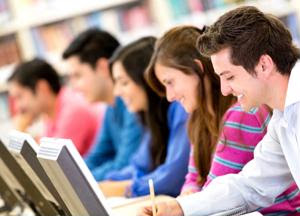 Campus IT budgets continue to face pressure as more college and university classrooms become more technology-driven, according to The Campus Computing Project's 2013 National Survey of Computing and Information Technology. In the survey of CIOs and senior IT officers, almost a fifth of public universities and four-year colleges had central IT budget cuts in the last year, which is down from a third in the 2012 campus IT survey. The same number of community colleges that said they had reductions in their central IT budget remained the same as last year with a third of community colleges reporting cuts.

Despite some organizations reporting fewer instances of budget cuts, monetary problems continue to affect institutions. As students and faculty become more tech-savvy and bring their electronic devices into the classroom, this strains higher education institutions' limited or shrinking IT resources.

Kenneth Green, founding director of The Campus Computing Project, said increasing demand for various campus IT resources and services - including high speed Internet and IT user support services - pose a challenge for IT decision-makers as their campus infrastructures are continuing to age. Green said the benefit of instructional integration of IT as well as other technological solutions like mobile computing and online education is that they help support the mission of institutions and improve student success.

Campus IT problems rising as technology use grows

With many institutions facing budget crises, they also face challenges on other fronts. One of the biggest concerns for campus IT departments is aiding the faculty in using and incorporating technology into the classroom. The Chronicle of Higher Education reported. Other challenges include increasing the ability of campus IT professionals to protect personal data on devices and maintaining wireless network operations in heavy trafficked areas, such as lecture halls and common areas.

"There are campuses that have a lot more resources than other campuses," Elias Eldayrie, chief information officer at the University of Florida, told The Chronicle of Higher Education. "In some areas, I do believe higher education has made great strides. In some areas, we still have a long way to go. For the most part I think we are all in the same place trying to figure out how to leverage the technology and bring value added to our organizations and our customers."

With institutions facing the reality of shrinking budgets, they could greatly benefit from strategic sourcing to reduce operational costs while continuing to grow their IT capabilities.