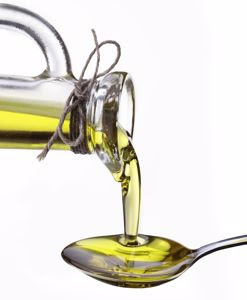 As food businesses monitor their procurement operations, they should be on the look out for a growing threat: food fraud. Products that were the most likely to be misrepresented include fish, olive oil and organic foods, according to The Associated Press. In a report drafted by the European Parliament that gave insight into fraud in the food chain, officials say the incident of food fraud is rising.

Committing food fraud is tempting for producers or suppliers who want to substitute expensive ingredients for ones that are more inferior in order to reduce manufacturing costs. While these actions may cut costs, they can also put consumers' health in danger if packages do not list the actual ingredients of the product.

Food fraud is defined as substituting, counterfeiting or tampering with food or ingredients as well as misrepresenting and issuing false or misleading statements about food or food packaging for profit. Other foods that are the most at risk for fraud are milk, grains, honey and maple syrup, coffee and tea, spices, wine and fruit juices.

"The risk of fraud is highest when the risk of getting caught is small and the potential economic gain is big," the report said. "The complexity and cross-border character of the food chain, in combination with the predominant focus on food safety and the national character of controls and enforcement are often cited as contributing to a low risk of food fraud actually being detected."

What is not on the top food fraud list is meat, which is surprising to European Parliament member Esther de Lange, considering the incidents involving horse meat being substituted for beef have made major headlines in the past. While the European Union has focused on food safety, it does not have specific guidelines for dealing with food fraud. The report said food fraud slips by undetected in most cases and many consumers do not trust what is listed on the package.

The report said the food sector is a major force in fighting food fraud as companies can implement anti-fraud initiatives as well as make food business operators accountable. Companies should check in with suppliers to ensure that they are not participating in food fraud. The European Parliament document calls on private organizations to report fraudulent behavior to the appropriate authorities in order to catch fraud early on before it impacts consumer health.