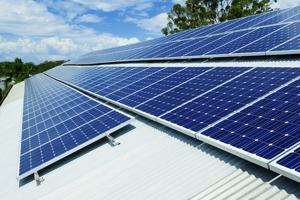 Sweden-based furniture retailer IKEA plans to begin selling solar panels for residential use, according to The Associated Press.

After a pilot project at a store near London proved to be a success, IKEA will offer photovoltaic (PV) panels at 17 of its locations in Britain.

Through installing PV panels, homeowners can take advantage of British subsidies to generate their own  electricity from solar power and transfer excess power into the grid. Retail buying for solar panel packages may increase as renewable energy use becomes more mainstream, reducing greenhouse gas emissions to help the nation meet emissions targets.

IKEA Chief Sustainability Officer Steve Howard told The AP it is a good time for consumers to buy now that the prices of solar panels have decreased in the last few years.

An IKEA case study reported an average semi-detached house that has its roof facing south could earn $1,200 per year from subsidies and through cutting energy costs, Reuters reported.

In exchange for a minimum of about $9,240, customers receive 18 panels. Through energy savings and government-funded incentives, customers are projected to break even within approximately seven years. IKEA is also including in-store consultation, installation and maintenance for panel purchases.

"We know that our customers want to live more sustainably and we hope working with Hanergy to make solar panels affordable and easily available helps them do just that," Joanna Yarrow, head of sustainability in the UK and Ireland for IKEA, told Reuters.

While Germany and Spain dominate the European solar market, Britain is catching up after  solar panel installations increased 25 percent year-over-year in September to reach 1.7 gigawatts.