Car parts suppliers struggle to keep up with booming demand 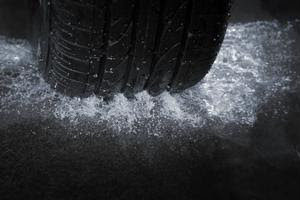 As production in the auto manufacturing sector picks up, some suppliers face a variety of sourcing challenges. Many companies are struggling to satisfy rising demand despite having restricted capabilities or limited resources to work with. Since the recession, the number of car parts suppliers have been reduced and recent monsoons in south Asia have impacted rubber production, highlighting natural forces' effects on sourcing.

In Mississippi, Nissan and Toyota plants are manufacturing new vehicle brands or surpassing production capacity but small suppliers are almost nowhere to be found in order to keep up with growing demand, according to The Associated Press.

Nissan and Toyota have a workforce of 7,600 combined in Canton and Blue Springs while suppliers employ at least 3,250 workers.

Larger companies were forced to run on tighter production capacity after smaller suppliers shut down due to problems related to the recession and the natural disasters experienced in Japan in 2011. Sharland said this lack of smaller suppliers could slow growth of automotive plants in Mississippi, which manufacture popular cars such as the Nissan Altima and the Toyota Corolla. Nissan Canton is in the process of constructing a supplier park near its manufacturing plant to fill in the need for a local supplier.

"There are not as many suppliers in this area as we'd like to see," said Don Stoegbauer, a board member of the Mississippi Automotive Manufacturers Association, according to the AP. "That gives our competitors where those suppliers are located an advantage."

As car sales around the world continue to expand, the raw material costs of tires is expected to increase as the supply of rubber drops, Bloomberg reported.

Global car sales are projected to increase to a record-high of 83.5 million this year after surging 2.9 percent, with sales to eventually hit 88 million in 2014, according to Ammar Master, a senior market analyst at LMC Automotive.

While car sales grow to all-time highs, rubber production facilities in India and Malaysia were hampered by monsoon rains.

Rajiv Budhraja, director general of the Automotive Tire Manufacturers' Association in India, said annual output might decrease by as much as 3 percent due to weather disrupting rubber production.