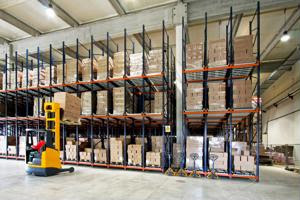 As an economic indicator for the health of the manufacturing sector, the Institute for Supply Management's Purchasing Managers Index (PMI) for September showed the strongest performance of the year. Bloomberg economists initially predicted September's PMI would be 55 percentage points.

Economic activity for the majority of the 18 manufacturing industries expanded, with 11 posting gains including electrical equipment, appliances and components and transportation equipment.[there are two "ands" in this last clause, eliminate one with a comma] In addition to PMI growth, other categories that increased include production, which climbed 0.2 percent to 62.6 percent in September, as well as supplier deliveries.

Hiring bounced back for the third consecutive month as the Employment Index rose to 55.4 points in September, up 2.1 compared to 53.3 percent for the previous month - making last month's reading the highest reading of the year.

Prices rose 2.5 percent in September, measuring 56.5 percentage points, showing raw materials costs moved up for the second straight month. Commodities that experienced price increases include aluminum, aluminum-based products, oil and plastic resin. Corn and latex were down in price. While the report stated no commodities were found to be in short supply, the wood products sector said there was a shortage of raw materials.

Majority of industries posted gains in activity for September

The general consensus for the food, beverage and tobacco industry indicated there were modest gains in demand and the fourth quarter promises to be better than the previous quarter as demand begins to pick up in October or November.

The transportation equipment industry said business was improving. Bloomberg reported domestic energy production is boosting sales of gases and metallic and ceramic coating and powders for companies like Praxair.

"The energy infrastructure build out due to shale gas tight oil formation, especially in the Dakotas, Texas are driving demand for tanks, trailers and associated equipment," Vice President of Praxair John M. Panikar said in a Sept. 16 conference call, according to Bloomberg.

Another positive sign for future manufacturing growth is the recovery of the housing market, which bodes well for furniture manufacturers and other producers of big ticket items.