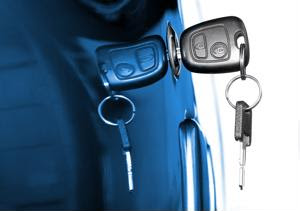 Consumer confidence in October experienced a large drop, with the government shutdown being a major factor, according to MarketWatch.

Consumer confidence decreased from 80.2 in September to 71.2 in October, according to a report issued by the Conference Board. A MarketWatch poll of economists had predicted October would have a score of 75.

Franco said confidence is expected to be on shaky ground for the next several months and the effect of the shutdown might even be felt in the fourth quarter, slowing growth. This might cause problems for manufacturers as a recent report showed a decrease in retail sales.

A temporary decline in auto sales was the primary reason for the drop in retail spending in September, The Associated Press reported.

The Department of Labor said retail sales slipped 0.1 percent, which is the weakest report since March. The retail sales report for September was originally scheduled to be released on Oct. 11 but was delayed due to the government shutdown.

Auto sales decreased even more at 2.2 percent in September, which is the lowest since October 2012. However, auto manufacturers said the decrease in sales is likely temporary and August reflected Labor Day holiday weekend sales instead of September.

Without autos, gas and building supplies, retail sales increased 0.5 percent, which is an increase of 0.2 percent compared to August. Despite the auto industry and apparel and department stores experiencing declines, almost all retailers - from sellers of furniture to electronics and appliances - reported increased retail buying.

Some experts predict the impact of the shutdown and other potential political grid locks are expected to affect consumer spending into 2014.

"The ongoing political disagreement continues to pose downside risks to consumer spending activity over the next couple of quarters," according to a research note from Wells Fargo Securities.