Down the Digital Rabbit Hole 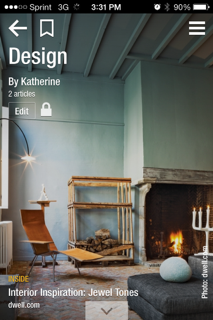 I will admit that I would much rather flip through pulp and paper than strain my eyes from the harsh glare of a computer screen or my iPhone.  To make things more of a nuisance, advertisements and crowded webpages serve to only interrupt a casual browse through Forbes or that corgi video on YouTube, and for the most part, I make a point to make sure that they are duly ignored.  Mobile applications are more or less the same - that is, reckoned with the same level of annoyance.

Personal gripes aside, digital advertising - and along with that, digital media planning and buying - is undoubtedly a cornerstone to the marketing strategy of any successful brand.  With the ebb of supply and demand as consumers' tastes shift from the internet to their mobile devices, the cost for digital advertisements fluctuates dramatically, as does the revenue of companies supplying advertising space.

Given how much time first-world denizens spend on their computers (Britons, for instance, may spend one in 12 waking minutes online), it is no surprise that online advertising is generally considered to be an important avenue for exposure.  PwC's study reports that "61% of American advertisers find that the internet meets branding imperatives such as awareness, recognition, brand loyalty, and purchase intent."  The study continues to explain how clickthrough rates, while a common indicator used to measure advertising effectiveness, cannot accurately measure the brand's perceived image or how viewing an advertisement directly affects real purchases, among other limitations.  Rather, PwC contends that clickthrough rates underestimate the impact display advertising has on a brand, implying that the potential effects of digital advertising are greater than what typical studies have shown.

Companies are certainly aware of these ramifications, so it is understandable that those supplying avenues for online display advertising (and in some cases videos), such as Yahoo, Facebook, and YouTube, are able to charge hundreds of thousands of dollars to place a banner on the front page for one day.  Nevertheless, the fast-paced landscape of digital marketing means that both buyers and sellers in the space are constantly searching for new venues and solutions.  As reviewed by Ad Age and The Atlantic Wire, Google's report on its drop in cost-per-click serves as an indicator of the decline of the effectiveness of online advertising, and of the rise of the use of mobile devices by consumers.  Yet despite its growing popularity, mobile advertisements present several shortcomings, where miniscule banners run cheap and are considered ineffectual (four out of five report disliking them), creating a situation where buyers and sellers are left dissatisfied.

Though not a panacea, Flipboard, and apps in general, represent an increasingly popular platform to promote products and brands.  With more space for meaningful content, Flipboard allows for publishers and brands, including Levis and Lexus, to engage with a large chunk of the population, all 90 million users since October 2013.  Mike McCue, CEO of Flipboard, discusses how his company has plans to price display ads comparable to print rates, which -- unfortunately for marketers -- are higher than a simple mobile banner.

It will be interesting to see whether digital advertising strategy drifts further into the realm of Flipboard, and if branded apps become even more commonplace and surpass traditional tactics.  Because of the countless variables in the marketplace, measuring the return on investment will be significantly challenging, especially when proposed rate cards in the digital realm are notoriously inaccurate.  In my previous post, I discussed how marketers tend to view procurement and procurement departments' focus on pricing as a necessary evil.  However, in this scenario, possessing the ability to analyze rates and to discern what those rates are really buying, is a decided asset for developing a sound marking strategy.
Marketing