How industries adapt to increased regulations 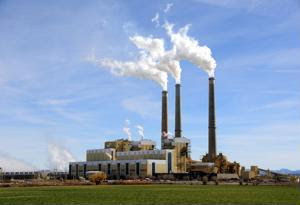 Regulatory challenges require that firms adapt. Increased regulations could impact how businesses reduce business costs as well as how they change their electricity sourcing. The amount of greenhouse gas emissions from industrial facilities decreased 4.5 percent between 2011 and 2012, The Washington Post reported.

The Environmental Protection Agency said in a new report that facilities that switched to natural gas instead of using coal were a major factor in the decline in greenhouse gas emissions. Since the EPA started gathering data on the amount of emissions released by power plants in 2010, emissions have decreased by 10 percent. In total, power plants emit 31 percent of greenhouse gases, which is more than other facilities like chemical plants, refineries and oil and gas exploration equipment.

The American Petroleum Institute said technology that involves hydraulic fracturing and horizontal drilling has been crucial in producing natural gas, leading to the decline in greenhouse gas emissions. Other industries have noted how they have done their part to reduce the amount of emissions such as carbon dioxide.

"The utility industry understands the importance of reducing emissions and has been a leader in reducing greenhouse gas emissions over the last two decades," said Tom Kuhn, president of Edison Electric Institute.

The EPA set out new regulations to limit the amount of carbon released by coal- and gas-fired facilities in order to meet its emissions target and reduce emissions 17 percent by 2020.

A report by Manufacturers Alliance for Productivity and Innovation (MAPI) shows costs associated with manufacturing regulations grew an average of 7.6 percent per year since 1998, which dwarfs the average annual increase of 0.4 percent for output. The number of regulations applicable to the manufacturing industry grew to 2,302 this year compared to 2,187 in 2012, which averages out to about 1.5 regulations per week for 30 years. Over 10 percent of these are considered to be major regulations or those that could have an economic impact of $100 million annually.

"Each year federal agencies layer regulations onto manufacturers, one on top of another, without any transparency or any clue as to the true cost to our factory sector," said Stephen Gold, president and CEO of MAPI. "Such an inefficient system is clearly a drag on manufacturing growth, and therefore overall economic growth."

Gold said increasing the amount of regulations is a growing burden that has resulted in job loss for the manufacturing sector.