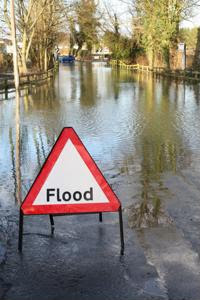 As part of their risk management process, businesses should plan for power outages caused by severe weather.

According to Accuweather, weather phenomenon such as heat waves and hurricanes are the leading cause for power outages. More than 675 power outages occurred between 2003 and 2013, resulting in more than $18 billion to $33 billion of economic losses per year, a report by  the President's Council of Economic Advisers and the U.S. Department of Energy.

When severe weather occurs, more utility customers use electricity and this increase in users puts more stress on the outdated power grid. If electricity cuts out, most businesses that rely on the grid are not only unable to operate but they may close as a result of losing revenue due to interruptions caused by outages.

An prime example of this is when Superstorm Sandy hit the East Coast in 2012, causing up to $52 billion dollars in damage from outages, a White House report stated.

In order to prepare for devastating storms and other disasters, businesses must prepare for potential energy crises in their risk assessment procedures, according to The Herald.

After Hurricane Sandy, manufacturing production came to a halt. In a survey by nonprofit New Jersey Manufacturing Extension Program, almost 100 percent of of the state's manufacturers said they had lost between one and five days of production. Some survey takers reported more serious results, with 22 percent of respondents saying they sustained major damage or lost over two weeks of output.

NJMEP aims to aid the state's manufacturers in disaster preparedness.

"Hurricane Sandy taught us the importance of planning ahead," John Kennedy, chief operating officer of NJMEP, told the source. "When a crisis strikes, it's critical for companies to have a strategic plan for conducting business."