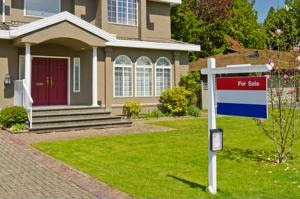 When considering LEED procurement, to build environmentally-friendly structures, developers and owners can benefit from a reduction in building energy costs. Abbreviated from Leadership in Energy & Environmental Design, LEED encourages the construction of buildings that meet green standards. Not only can sustainable sourcing of building materials benefit investors economically, it could also help improve consumer well-being.

According to the Bureau of Labor Statistics, consumers spent more on housing in 2012. The BLS' Consumer Expenditure Survey, the study showed average household spending for 2012 broke a 2008 record high. Average costs per consumer unit was $51,442 in 2012, after jumping 3.5 percent compared to last year.The survey revealed every element of consumer spending rose in 2012 except for apparel and services. Cash contributions, transportation and health care, in that order, had the biggest gains in spending out of all major expenditure categories.

While these areas saw the largest growth, housing continued to the biggest expense for consumers as they spent an average of $16,887 in 2012, a 0.5 increase from 2011.

With spending on housing increasing, a study by the World Green Building Council detailed the economic benefits of having environmentally-friendly buildings in a report. The WGBC said residents in sustainable buildings would not only experienced a rise in productivity but also an improvement in their overall health and well-being, according to the study, The Business Case for Green Building,

While some investors might be worried about the costs of complying with green building standards, the report claims these structures would not be as expensive as they think.

"Research shows that building green does not necessarily need to cost more, particularly when cost strategies, program management and environmental strategies are integrated into the development process right from the start," the report said.

Addressing developers, the study argues that green buildings can result in an increase in sales prices in addition to a reduction in costs for structure design and construction. Green buildings are designed to lower energy usage, which could result in cost savings as well as a less costs for operations and maintenance in the long-run.

The U.S. Green Building Council said LEED-approved homes consume 20 to 30 percent less energy and water than other homes built to code, which could lower utility bills. Another benefit for LEED home buyers are that residential green building costs are comparable to a regular new construction but can also be sold faster than traditional homes.