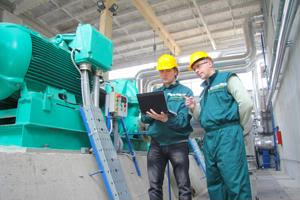 Manufacturers remain optimistic about their revenue and employment activity for the rest of the year despite concerns about raw material costs, according to Material Handling & Logistics.

In the Group Outlook Survey of purchasing professionals, 97 percent of respondents said they anticipate revenue in the second half of 2013 to increase or remain the same compared to the first half. In the study, 42 percent of manufacturers from small- to mid-sized companies said they expect revenue to rise in the second half of 2013. About 55 percent attributed this expansion to more consumer demand while 48 percent said they were rolling out new product lines.

With manufacturers projecting more capital spending in the second half of the year, they also plan to increase hiring. The survey revealed 47 percent of small- to mid-sized manufacturers intend to add new jobs in the next six months, which is the highest figure since the start of the recession.

The main roadblock for manufacturers in expanding their revenues was the cost of raw materials. While the number of respondents who said they were most worried about material costs dropped from 90 percent in February, this was still the primary concern for the majority of respondents at 63 percent.

While the majority of manufacturers plan to increase their capital spending, more companies are also expected to expand their sustainability efforts, according to the Material Handling Institute.

In the Global Corporate Sustainability Report 2013 survey, issued by the United Nations Global Compact, 65 percent of respondents said they create policies for sustainability at the highest management level with CEOs.

The survey, based on responses from almost 2,000 companies in 113 countries, showed business size was a main factor in determining whether companies would enact sustainability policies, which could include green procurement for products. Although the survey indicated small and large companies are equally committed to the UN Global Compact, which encourages private corporations to partner with the United Nations, larger companies have a higher chance of initiating their policies across all problem areas. While there is currently a gap for smaller companies, the survey revealed that they are working to meet the level of policy implementation found in large companies.

"Companies must put words into action - by implementing policies, measuring their effectiveness and reporting their progress publicly," Georg Kell, executive director of the UN Global Compact, to the source. "The Global Corporate Sustainability Report 2013 provides a resource on sustainability for Boards of Directors, business leaders and sustainability officers as they lead their organizations to a sustainable future."