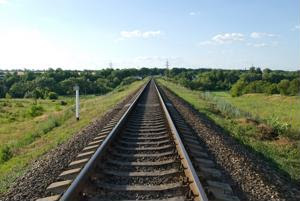 Companies that rely on freight sourcing to distribute their products and materials have utilized a mix of trains and trucks powered by diesel fuel, however, some are exploring alternative fuels and green logistics to lower carbon dioxide emissions.

In a study by the Environmental Defense Fund and the Massachusetts Institute of Technology, packing and paper product manufacturer Boise reduced its carbon emission and distribution costs by switching from road transportation to rail. Boise operates and ships to locations globally, including the United States, France and the Netherlands. According to the research, freight transport contributes up to 15 percent of carbon emissions from businesses, which can lead to wasted of fuel and increased costs.

In the past, Boise made shipments to its customers, such as retailer OfficeMax, by truck. However, the company decided it could increase the efficiency of its logistical operations since OfficeMax facilities could be reached by rail. Boise managed to cut carbon dioxide emissions by more than half when making the switch from trucks to rail.

Boise's first initiative involved  using a mix of truck and rail transport to employing trains exclusively for shipments. This successful transition cut out 2,600 tons of carbon dioxide, helping to improve Boise's green logistics - this amount is the equivalent of preventing more than 264,000 gallons of fuel from being wasted. The second initiative, called the Three-Tier Pallet Initiative, boosted the number of products each shipment by rail was capable of transporting, further improving their bottom line.

Another company that improved its transportation logistics is Volvo, according to Green Biz. Volvo was able to decrease emissions from its fleet of 400 trucks by almost one-third with the help of using cleaner fuels and energy-efficient vehicles.

Rather than simply focusing on new fuels such as biodiesel and natural gas to lower carbon emissions, the company also researched its options to make delivery more faster and less costly. Lars Mårtensson, environmental director for Volvo Trucks, said the most difficult part was improving the efficiency of its distribution operations.

"In order to fully exploit the available potential, it's not enough for haulage companies to improve their logistics systems," Mårtensson said. "It's equally important that transport purchasers become better at coordinating their purchases, and here there is a whole lot of room for improvement."

The result of planning out their freight procurement and distribution is an increase in efficiency of their logistics operations and more cost-savings.