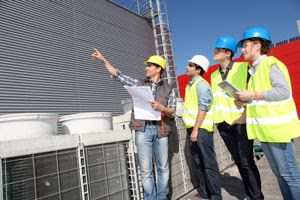 Energy leaders in business and government sectors are expected to spend more on energy management programs, including auditing services, regardless of a new bill that aims to create more clean energy jobs.

Energy efficiency can reduce business overhead costs across a wide variety of industries. In a survey by Schneider Electric, the company found that 43 percent of energy leaders said they were increasing their investment to boost energy efficiency compared to last year.

"Energy efficiency is the first and best fuel source we have to meet our nation's growing energy demands and use our energy more effectively," said Chris Curtis, President and CEO, Schneider Electric. "It's good for job creation and the environment, and allows companies to cut costs along with their consumption. With the majority of respondents reporting energy efficiency investments to be the same or more than last year, it's clear that the benefits of energy efficiency are speaking for themselves."

The Energy Savings and Industrial Competitiveness Act of 2012, also called the Shaheen-Portman bill, is a bipartisan effort to push the United States toward developing a clean energy economy. The bill hopes to achieve its goals of providing energy savings and reduce emissions for the residential, commercial and industrial sectors through building codes, funding and rebates, voluntary labeling and technological innovations.

Co-sponsored by Sen.Jeanne Shaheen (D-NH), the proposed legislation has the potential to support 70,000 new jobs in 2020. Green jobs are projected to grow to 172,000 by 2030. These positions include jobs in the construction and manufacturing industries. If the core components of the bill is passed, energy emissions are expected to decrease by 18.1 million metric tons in 2020 and decline further by 85.1 MMT in 2030, according to the American Council for an Energy-Efficient Economy.