Home Directs Nearshoring When is it time to source overseas?

When is it time to source overseas? 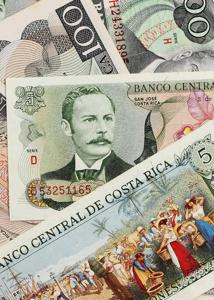 However, there's one key question that always appears during the RFP process: Is reshoring profitable?

As of now, nearshoring to Mexico and other Latin American countries appears to be the safest bet - their proximity to the U.S. border reduces logistical risk and enables procurement professionals to visit facilities more frequently. However, this isn't to say outsourcing to overseas enterprises is out of the question.

The Portland Press Herald referenced statistics produced by the American Apparel and Footwear Association, which found only 2.5 percent of the clothing bought by U.S. consumers in 2013 was produced domestically. That's a sharp drop from 56 percent in 1991. The downturn was induced by a series of trade agreements that occurred over the mid-1990s through the 2000s and eliminated various restrictions that caused high overseas production costs.

However, the tide seams to be changing at a tempered pace. Procurement services and other professionals have cited labor grievances transpiring in overseas production facilities, prompting people to refrain from purchasing goods manufactured in certain countries.

Strictly by the numbers

Sourcing specialist and IndustryWeek contributor Paul Ericksen noted weighing the cost of producing goods overseas or domestically depends on measuring a supplier's manufacturing critical-path time (MCT). He defined this metric as a deduction of the time it takes for a production company to deliver to the customer's point of use.

As one can observe, the calculation depends on the industry in which the merchant and manufacturer operate. For example, retail professionals know they can sell a smartphone quicker during the time of its original public release, because consumer hype regarding the product remains healthy.

At first glance, it would appear overseas producers are at a disadvantage because of the time it takes to deliver goods across the Pacific - but this doesn't matter seeing how logistics isn't entered into the equation. What it comes down to is measuring material variance, which is typically used by manufacturers to deduce the performance of each of their departments.

In other words, the goal isn't to measure how many units a company can produce in a single hour with a predetermined budget. Instead, it's a complex measurement of how a business performs as a cohesive unit - this includes human resources, sales and other seemingly disparate teams.

Finally, it's also important to acknowledged the business environment of particular countries. For example, does a scattered network of specialist contractors muddle the logistics process?