Home Unlabelled What went wrong with the McDonald's procurement process?

What went wrong with the McDonald's procurement process? 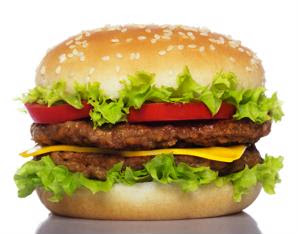 Lack of communication and infrequent auditing likely contributed to the McDonald's meat scandal that has garnered a lot of press attention as of late.

Weighing the pros and cons of outsourcing to a procurement services provider involves deducing how much risk permeates throughout an industry. McDonald's partakes in a market that can be particularly hazardous for participants. Here are the reasons why:

OSI Group, a U.S.-based holding company of meat producers that provides goods to those in the food service industry, has been contending with the brunt of the issue. Its subsidiary, Shanghai Husi Food, faces allegations from the Chinese government stating that the processor intentionally sold expired meat to McDonald's, KFC and other enterprises, The Wall Street Journal reported.

Although OSI is claiming it wasn't aware of Shanghai Husi's practices (and has since pledged to withdraw all meat products produced by the company), its ignorance of the situation has caused professionals and consumers alike to wonder what else OSI doesn't know about.

In order to prevent such situations, organizations may hire companies specializing in global sourcing to regularly conduct audits of their partners. Feigning ignorance in front of the public doesn't necessarily free a business from blame, and its neglect may cause other enterprises to refrain from establishing a relationship with it.

Bottom line: Assuming everything is "all right" on the factory floor can cause major problems.

Not only does ignorance tarnish partnerships, it sends a rift through company revenue. According to B​loomberg Businessweek, McDonald's sales weakened considerably in light of the ordeal, with U.S. transactions decreasing 3.2 percent and purchases in the Asia, Middle East, and Africa sector declining 7.3 percent.

McDonald's CEO Don Thompson stated that the meat scandal has damaged the organization's ability to inspire trust and loyalty in its customers. In the U.S., same-store sales have either been low or flat over the past nine months. This factor is likely more inspired by consumer awareness of healthy living than anything else, but the OSI ordeal hasn't helped to mitigate the situation.

Preventing a public relations nightmare from occurring involves thorough and frequent analysis of all partner practices. If a discrepancy manages to fall through the cracks, acknowledging the situation outright and employing honesty is the best tactic to employ.