Compliance, auditing a regular part of the procurement process 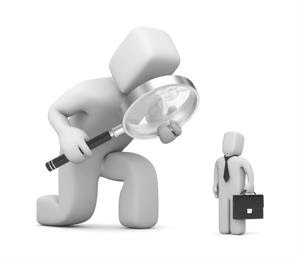 Between government health regulations and the need to deliver quality goods to the market, supermarkets, restaurants and other food distributors could face serious disruptions if suppliers aren't properly screened. In some instances, it may be necessary to outsource procurement services for the express purpose of reviewing a source's facilities and practices in an unbiased manner.

The aforementioned recipients, as well as other producers, have been given 15 working days to provide a written outline detailing how the cited violations will be assessed and resolved.

Calling out the lies

Unfortunately, some organizations blatantly fabricate claims pertaining to their manufacturing processes. A critical part of global sourcing includes the assessment of corporate culture. If there are any signs that a company may avoid or blatantly violate regulations, an organization should refrain from doing business with it entirely.

Russ Bynum of The Associated Press noted grievous findings related to the Peanut Corporation of America, which is accused of sending fake salmonella test results to customers. Assistant U.S. Attorney Alan Dasher asserted that the business knowingly distributed untested and compromised goods to customers such as Kellogg's.

Former Peanut Corp. of America owner Stewart Parnell, his brother and food broker Michael Parnell and plant quality control manager Mary Wilkerson are each facing charges in U.S. District Court. Although none of them are charged with causing any deaths, the indictment contains 76 isolated counts. The case refers to the 2008-2009 salmonella outbreak, in which an estimated 714 people were infected.

Besides the fact that Peanut Corp. of America is facing a public relations nightmare, entities that conducted business with the corporation may also face certain legal repercussions.