Startups: Is Mexico your golden goose? 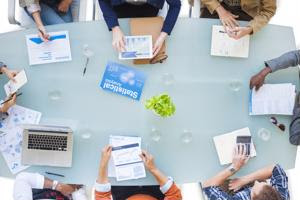 Although the country doesn't receive the same amount of attention as India, Brazil or other burgeoning economies, Mexico's budding manufacturing industry is offering easy opportunities to startups and established companies alike.

According to Forbes, merchandise production rose modestly in 2013 (3 percent), but is expected to gain momentum throughout the rest of the year. The appliances industry in particular has put a lot of stake in the country, with the sector growing at a sustainable rate. The source asserted Mexico could gain anywhere between $20 billion and $60 billion from manufacturing through 2018, citing the following factors:

IT hardware developers and similar entrepreneurs headquartered in Texas will likely benefit from the state's proximity to Mexico, as well as the country's low-cost manufacturing industry. TechCrunch noted how spacecraft development company SpaceX plans on using maquiladoras (production operations set up in free trade zones) to fabricate the designs blueprinted by engineers.

One particular startup in El Paso, the Hub of Innovation, is assisting startups. The firm is helping them achieve their production needs by connecting them with facilities in Mexico capable of obliging. Company CEO Cathy Swain lauded El Paso as one of the greatest aggregations of advanced manufacturing in the nation.

"For the first time in modern history the lines have crossed where China is no longer the obvious option - you have to look at Mexico," Tecma Group President and CEO Alan Russell told TechCrunch.

Mexico's manufacturing sector isn't the only benefit of doing business with the country. iTexico CEO Anurag Kumar acknowledged Mexican tech talent as underutilized, claiming that the Latin American workforce is better trained than tech companies give it credit for.