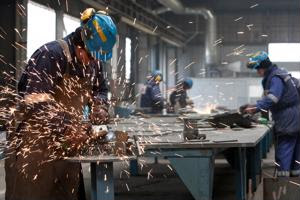 While strategic sourcing is typically characterized by the material acquisition process, the approach can also be directed toward scrutinizing supplier employment protocols.

Modern consumerism is obligating enterprises to fully comprehend how raw commodities are harvested, delivered to factories, manufactured and finally transported to the market. Lackadaisical procurement oversight can lead to a tarnished reputation or, in a worst-case scenario, a federal indictment.

Despite its commitment to the Fair Labor Association and its creation of a Supplier Responsibility initiative, popular electronics manufacturer Apple Inc. has yet to bring its factories up to FLA standards, according to Inside Counsel. The source noted that the FLA recently conducted an analysis of two Apple overseas plants, the results of which were released on August 15. Although the FLA is not a government body, and can therefore not enforce fines, it does offer comprehensive advice on how to mitigate any problems that may arise.

The factories, which are located in Shanghai and Changshu, China, and operated by Quanta Computer, received citations pertaining to overtime protocols, health and safety violations, and poor recruitment practices. For instance, just over four-fifths of the workers interviewed by the FLA stated they had to pay a fee just to work in the facility.

Apple responded to the findings by saying it will "work closely with Quanta and our other suppliers to prevent [excessive overtime]," as quoted by Inside Counsel.

The expense associated with personnel wages is often taken into account with a comprehensive spend analysis. When exceptionally low figures are reported, the first impulse is to marvel at how productive a certain supplier is. However, failing to bring context to those numbers can result in unsavory or even illicit practices going unacknowledged.

The Guardian referenced a study formulated by the Chartered Institute of Purchasing and Supply, which discovered an alarming 11 percent of enterprises headquartered in the United Kingdom believed it "likely" that a collection of their indirect suppliers are using some form of modern-day slavery.

Although the CIPS reported consistent reduction in its global supply chain risk metric, the assumption that some businesses are underpaying workers - or failing to provide them with any wage at all - is astounding.

It may seem like an over-the-top tactic, but in order to validate or discredit such estimation, firms should consider the pros and cons of outsourcing to procurement specialists to carry out covert audits of both direct and indirect suppliers. Otherwise, grievous human rights abuses will continue to go unacknowledged.