Home Unlabelled How much do consumers care about ethics?

How much do consumers care about ethics? 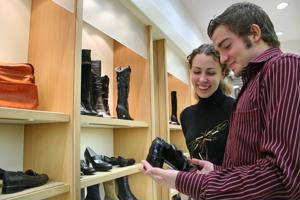 It's assumed marketing analysis would show consumers base decisions on how socially and environmentally conscious companies are.

Is this really the case? Professionals take note of how easy it is for the average person to collect information on global enterprises and their practices. There's no disputing this, but analysts should also consider the following factors:

A tough trade to make

One would assume consumer cognizance of animal rights effectively eliminated the fur trade. However, The Telegraph contributor Oliver Duggan noted The Polar Group, a holding firm that owns and operates Hockley - a company specializing in designing fur apparel - is encountering an increase in sales.

The enterprise's chairman, Frank Zilberkweit, asserted the industry encountered a social setback a decade ago due to the sector's lack of transparency with the public. Duggan referenced pictures of animals raised in poor conditions branded Hockley and other fur traders with a negative image.

Now, the tide appears to be changing. Zilberkweit noted Hockley responded to the demand for ethically bred animals by sourcing from members of Moscow's Origin Assured program, which defines industry best practices.

"The industry has got its act together and offers much more information, which is demonstrating that we have very high standards, probably greater than most other animal industries, particular (sic) meat and leather, because we are so aware of past criticism," Zilberkweit told Duggan.

A need for a bargain

Consumers aren't disregarding prices either. Business Wire cited a study conducted by Trade Extensions, which scrutinized sentiments among consumers in the United States and United Kingdom. The study discovered 80 percent of respondents believe businesses should conduct themselves ethically, but when it comes to purchasing goods, price, value and quality are top of mind. The research discovered two seemingly contradictory attitudes:

In other words, people are paying attention to best practices, but these are not necessarily going to make a buyer-seller relationship.