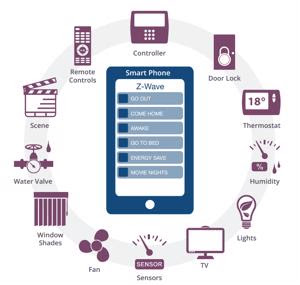 The concept of the "smart factory" has intrigued manufacturers as to just how far the Internet of Things will take the industry. Corporate cost reduction and full automation are just two repercussions production businesses expect to encounter as a result of installing Web-connected mechanisms.

Yet, a lot of security concerns have been associated with IoT, primarily because companies developing the technology are focusing more on getting implementations ready for immediate deployment. This rush to bring revolutionary new products to the market has caused some enterprises to neglect device security.

Tech Times referenced a study conducted by Hewlett-Packard, which assessed the protective capabilities of 10 popular Internet-connected solutions and concluded that each mechanism has at least 10 defense flaws. One of the reasons why IoT devices have such lackluster protection features is because they lack the passwords necessary to deter even the most rudimentary cyberattacks.

However, despite this finding, numerous tech companies such as Cisco are working to develop IoT technology not only capable of making a single factory or household object "smart," but also of allowing these mechanisms to communicate with one another to develop a cohesive environment. This endeavor in itself exacerbates the risks associated with IoT, because it would only require one device to be compromised for a debilitating network breach to occur.

Before manufacturers invest the resources necessary to install holistic IoT infrastructures, they need to determine where existing network vulnerabilities lie. Kaspersky Lab recently conducted a survey of IT managers working for manufacturers headquartered across the globe, discovering that 21 percent of production companies lost intellectual property.

What were the causes? The following statistics were brought to light:

Taking the latter two points into account, one would regard network vulnerabilities as a minor factor. However, it's important to acknowledge that malware was likely inserted through connection discrepancies, and then activated once it was on a machine with authority.

Kaspersky Lab itself offers protection software specifically for industrial operations. While installing its program may benefit manufacturers, such businesses should also consult the expertise of procurement services to assist them in finding a company that specializes in constructing data security architectures made to accommodate IoT. HP's study and Kaspersky's findings are motivating software developers to create such technology, and neglecting to invest in it could cause grievous consequences.