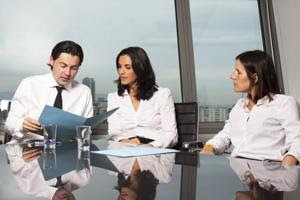 Amidst numerous budget cuts, U.S. federal organizations are regarding the IT infrastructure needs of several different departments and consolidating the RFP process under a single umbrella.

Unification as a best practice

For example, instead of having each of its divisions acquire computer hardware independently, the Bureau of Alcohol, Tobacco, Firearms and Explosives (ATF) could dedicate a single team to assessing the requirements of each department. This enables the ATF to identify any frivolous or redundant contract terms.

Kyra Fussell, a contributor to The Washington Post, outlined several instances in which U.S. government agencies are using strategic sourcing as a means to mitigate the impact of IT budget costs:

Taking money out of the equation

While achieving cost efficiencies is certainly a primary part of the procurement process, the quality of goods and services is also taken under heavy consideration. Government bureaus in particular pay close attention to functionality when it comes to IT because of the risks involved with acquiring software or hardware lacking optimal protection.

Thanhnien News acknowledged the Chinese government's exclusion of 10 Apple products from the list of goods authorities are authorized to acquire with public funds. The iPad, MacBook Air and MacBook Pro are a few of the items the nation's ruling bodies will be prohibited from procuring.

The source referenced China's suspicions related to U.S. cyberspying and hacking attempts, noting how officials believe Apple is either directly or unintentionally assisting in such endeavors. In addition to setting these restrictions, Chinese authorities ordered public agencies to cease purchases of antivirus software developed by Symantec and Kaspersky Lab.

"When the government stops the procurement of products, it sends a signal to corporates and semi-government bodies," said UOB Kay Hian analyst Mark Po, as quoted by the source.