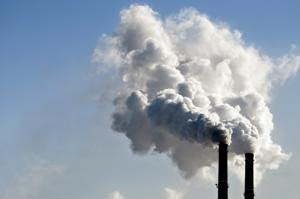 Companies selling goods in the North American and European economies are recognizing this fact, prompting them to reevaluate their procurement strategies and contract with companies using the technology. Just how much green energy a production firm uses to power its facilities can be vague, depending on how thorough factory audits are.

According to Associated Press writer John Flesher, popular consumer packaged goods brand Kellogg announced its intention to reduce its overall greenhouse gas output by reassessing the practices of its suppliers. Diane Holdorf, the company's chief sustainability officer, says the firm intends to build a broader plan based on a goal posited in 2008, which obligates Kellogg to decrease emissions by 15 percent to 20 percent.

"Not only is it what our customers and stakeholders expect of us ... but we want to hold ourselves accountable," said Holdorf, as quoted by Flesher.

Kellogg intends to increase its use of low-carbon power 50 percent by 2020 and install reusable water processes in 25 percent of its plants. In addition, the food company wants 30 percent of its facilities to stop sending waste to landfills within the same timeframe.

Over the past couple of years, a number of major technology firms have used solar and wind power to achieve corporate cost reduction and decrease their environmental footprints. As data centers typically require 100 percent uptime, green energy has proven itself as a feasible source of power.

But do the same rules apply to factories? The electricity needs of such facilities are much different than those of information-intensive data centers.

Essentially, photovoltaic panels need to become more productive in order for manufacturers to seriously consider procuring them. The Christian Science Monitor noted how one company, Glint Photonics, has developed solar equipment that can absorb sun radiation from multiple angles, a capability that apparently wasn't so prevalent.

Glint developed "a protean material that adapts its reflectivity depending on the heat from concentrated light," the news source reported. The technology is self-activating, requiring no active monitoring from third parties, and can capture sunlight from disparate angles during various times of the day.

The panel manufacturer asserted this solution is much cheaper to produce than more technical counterparts, and concentrates light 500 times more than conventional PV surfaces. Once Glint's innovation becomes more ubiquitous, it's likely factories will see solar energy as feasible to install.