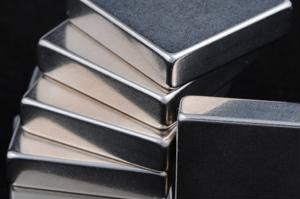 Those in the tech industry, particularly companies manufacturing central processing units, are quite familiar with procuring rare earth minerals.

IT hardware producers belong to just one contingency out of the many kinds of businesses that source such materials. As these commodities are of incredibly high value, some enterprises employ supplier relationship management tools to ensure the following:

According to InformationWeek, assigning the name "rare earth" to a particular mineral doesn't necessarily mean it's rare, but simply cannot be found in concentrated forms. Extracting these metals often requires complex mining processes, and refining them typically has a detrimental affect on the environment.

The source listed the rare earths, several of which are outlined below, along with what they're used to create:

Investor Intel contributor Christopher Ecclestone wrote China is the largest participant in rare earths global sourcing, producing an estimated 90 percent of such materials mined throughout the world. The writer noted that despite the nation's heavy involvement in the industry, measuring price, volume and vendor output rate has proven quite vexing for those specializing in the procurement process.

Ecclestone acknowledged one particular instance in which the country reported a 3.5 percent drop in rare earths exports from 2011 to 2012, or 16,855 tons to 16,265 tons. However, this statistic contradicted an estimate released by the vice director of the Chinese Ministry of Industry and Information Technology in 2013, which asserted China exported 18,600 tons in 2011.

What does this discrepancy show? Ecclestone believes this ambiguity is a sign of smuggling. For example, while the country's mines that were taking advantage of Ionic Adsorption clays were reportedly shut down four years ago, procurement officers can only truly rely on the good word of the Chinese government.

He noted another instance in 2011, when Burma (now Myanmar) exported nearly 14,000 terapascals of antimony concentrate to China, with an undetermined amount being smuggled by rebel tribes who mined the mineral. In other words, Ecclestone believed China was importing conflict metals.

Being able to navigate through the opaque, befuddling trade of rare earths can be quite difficult. Procurement services and other such professionals have the knowledge, resources and time to do so successfully.