Procurement services wonder if China is losing its luster 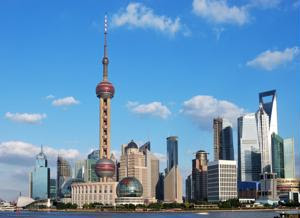 Whether companies headquartered in North American and Europe will continue to source from Chinese manufacturers is up for debate.

Over time, spend analysis has shown the cost of producing goods in China is growing more expensive. Some professionals have even asserted the nation's enterprises aren't focusing on quality.

At least, that's what Australian entrepreneur Amanda Bennett believes. BRW spoke with the former business owner, who asserted she had to liquidate her company as an direct result of doing business with Chinese production companies.

The concept behind Bennetts Boots was to create footwear for people with wider calves. Initially, the finished goods Bennett received from China were a hit with Australian consumers. Upon opening a store in Melbourne, she sold $700,000 worth of merchandise in the first six weeks.

However, in 2011, the quality of the apparel began declining. Bennett recalls one shipment of boots that were literally falling apart. About 80 percent of the units were unsaleable. This trend continued, and despite cutting staff, running a leaner business and taking other measures to achieve corporate cost reduction, Bennetts Boots ultimately had to shut down.

A poor way of doing business?

BRW acknowledged the findings of Chris O'Halloran, a procurement process specialist who assists Australian enterprises in doing business with Chinese manufacturers. He noted the disparity between two types of production companies the country harbors: Those that are completely automated and others that seek to improve profits wherever possible.

"The Chinese do business by going in cheap and then try (sic) to recover margins by cutting corners, hoping no one notices," said O'Halloran, as quoted by the source. "To the Chinese, if it looks the same to them, then it is the same. They're not trying to be nasty; it's just the way they do business."

Speaking of footwear, some Chinese production companies are finding doing business domestically isn't as feasible anymore. The Week noted that, although China bereaved the U.S. of about 2.4 million jobs over the last decade, companies such as Huajian Shoes are outsourcing operations to Africa.

"Ethiopia is exactly like China 30 years ago," said Huajian Shoes President Zhang Huarong, as quoted by the source.

Huarong noted that Ethiopia has a high unemployment rate, which makes the country perfect as a strategic sourcing partner. China's average manufacturing wage dwarfs Ethiopia's by approximately $530, so the profits associated with procuring goods from the latter country are enormous.