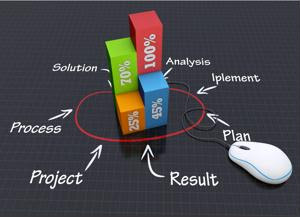 As product release dates are central components of retail marketing strategies, those managing the procurement process need to ensure items are operable when they arrive to market.

Manufacturing delays and mishaps can offset distribution, in turn causing disappointment among consumers. If a new item is set to be unveiled in October 2014 but won't arrive in select stores until the following month, there's a fair chance sales may suffer.

Apple may encounter just such a setback. According to Reuters, the reputed software and hardware manufacturer is working frantically to assess a critical screen glitch that may postpone the iPhone 6's September 9 media event. This particular model is anticipated to have a wider display than its predecessors - the iPhone 5S and 5C.

Two Apple suppliers informed the source that the backlight illuminating the screen had to be redesigned. In an effort to create a thinner screen, Apple blueprinted the iPhone 6 to possess one layer of backlight film. As a result, the display wasn't as bright as the manufacturer hoped it would be, obligating Apple to revamp the smartphone to fit an additional layer of film.

What's to be learned?

It's unlikely that Apple's initial iPhone 6 prototype didn't coincide with its designers' expectations, but there's no way of validating this assertion. Product teams are typically a collection of professionals specializing in disparate fields, which can cause confusion if department organization isn't employed.

Yet, one still can't turn away from supplier relationship management concerns. In this regard, Apple actually did a fantastic job of making the most out of an unfavorable situation. Tight, comprehensive communication between blueprinting specialists in headquarters and manufacturers across the globe was maintained, allowing the company to implement changes swiftly.

What defines a strong supplier connection? Supply Management spoke with Planning Perspectives CEO John Henke, who authored a report titled "OEM Profitability and Supplier Relations." The general sentiment is that greater profits can be achieved when production companies are regarded as partners as opposed to simply sources.

"It doesn't matter what business you're in," Henke told the source. "If you want to maximize the opportunity to make a profit it is absolutely important that you develop the best possible relationships you can with your suppliers."

For instance, if Company A spends more time communicating and collaborating with Manufacturer C than Company B, Manufacturer C will likely keep Company A informed on the best hardware. From there, designers can integrate such implementations into their products, improving quality and therefore customer opinion.