Home IT How can manufacturers improve their network security architectures?

How can manufacturers improve their network security architectures? 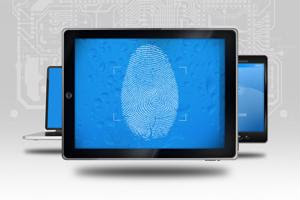 Procurement services have helped production companies build relationships with Internet providers in the past, but now they're advising their clients to take a stronger focus on security.

IT protection nightmares are most often associated with retailers, but the threat remains just as real for manufacturers. Cybercriminals are hired for a number of reasons, such as to:

The list goes on. So what can goods producers do to prevent hackers and other perpetrators from gaining access to their network architectures?

On the ground level, a basic authorization system should be installed. When it comes to database access, usernames with complex passwords that aren't easy to decrypt need to be employed. Clark Case, a contributor to Manufacturing Business Technology, acknowledged using biometric scanning as an extra security measure is good to employ (though this tactic is more applicable to facilities).

In regard to database administration, it's also important for user roles to be clearly defined. Special authorizations are handed out for a reason - unfortunately, some in-house professional may have ill intentions.

Clark asserted that EtherNet/Industrial Protocol is a good choice for manufacturers thanks to its simplicity and user-access security process. This particular infrastructure also communicates seamlessly with Ethernet-based IT systems across an entire business.

In this respect, it's important for enterprises to use IP-based databases so management can revoke former employees' access to digital and physical environments alike once they leave the company. If a single server is used to organize and administer employee roles and access, than it only takes a few clicks to remove them from the system.

Advantages of the cloud

Although cloud computing has been associated with security discrepancies, these allegations have mostly been inspired by the apprehension of using a new architecture. Mirko Zorz, editor in chief for Help Net Security, identified several defense capabilities associated with the cloud:

In this respect, cloud network architectures are advantageous for nationwide manufacturers to employ.