Home IT How will Analytics 3.0 change the procurement process?

How will Analytics 3.0 change the procurement process? 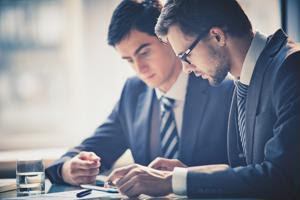 Analysis is an integral part of every business, but even the sophisticated visualization tools of today can only be used by departmental teams. Empowering the average worker with software capable of scrutinizing unstructured and structured data in real time isn't necessarily feasible.

The uses of the future

However, a future in which even minimum-wage workers are equipped with such tools may not be too far off. Thomas Davenport, a renowned author and contributor to The Wall Street Journal, detailed three generations of data analysis protocols, forecasting a future in which analytics are considered a fundamental part of business practices.

Above all, Davenport maintained 3.0 will be a combination of its predecessors. Unstructured, structured, internal and external data will all be regarded as a single cohesive data set. It can be imagined these programs will be able to answer more specific questions, as well.

Davenport recently spoke at CIO.com's CIO 100 Symposium and Awards ceremony in Rancho Palos Verdes, California, acknowledging how Cisco, Ford, General Electric, Monsanto and a few others are leading the way into Analytics 3.0, the magazine reported. The way they're doing this?

Analytics 3.0 isn't just about a more data-intensive world, it involves putting advanced software in the hands of average consumers.