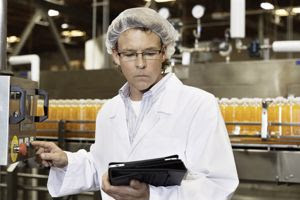 When global sourcing enters a boardroom conversation, much of the discussion focuses on Southeast Asian and Latin American manufacturing.

Yet, there's untapped opportunity in Sub-Saharan African. Before organizations pack up shop in other production economies and start constructing thousands of factories throughout the region, there are several factors enterprises need to consider.

The labor exists, but the infrastructure is still being developed. General Electric noted that only three in 10 Africans have electricity in their homes. The source referenced a statistic by the World Bank, which asserted manufacturers operating on the continent have to contend with an average of 56 days a year without power.

These factors are no reason for investors to turn their backs and run. In fact, great opportunities exist for renewable energy companies to install windmills, geothermal plans and other such implementations on the continent simply because the demand for electricity is so high. The Bisasar Road project in South Africa, for example, uses seven Jenbacher engines to burn biogas produced by the nation's waste.

When a company directs its strategic sourcing to the continent, the likelihood of it witnessing large returns is pretty tame. Forbes contributor Alejandro Lago maintained that time and persistence are going to be required to do three things successfully:

In this respect, it should be noted GE plans to invest more than $2 billion in Africa to construct new plants and support skills training programs, as well as sustainability projects.

As every good business professional and college professor would assert, networking is essential to successfully initiating operations in Africa. In order to do this, connect with investors who were born and raised within specific countries.

This should go without saying, but don't treat the continent as one huge country - one only has to look at the number of native languages spoken in Africa to understand how culturally diverse it really is. Procurement professionals should be cognizant of this fact and acknowledge the needs and desires of different businessmen.

Remember: Setting up operations in Botswana has different repercussions than establishing connections in Ghana.

Depending on how an enterprise approaches the situation, bringing manufacturing to Africa has the potential to be a winning situation. With more concentrated investment being focused toward the continent, its infrastructure is likely to improve.