Today's fast food options much less healthier than in past decades, study finds 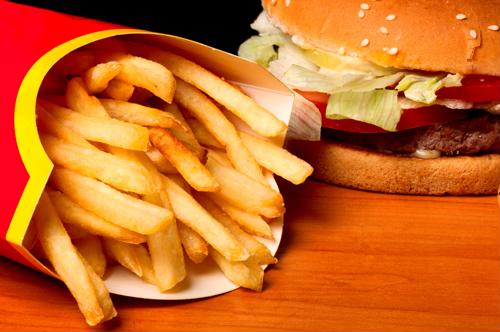 Fast food fans would largely agree that consistency is a key component to customer satisfaction. Not only do burgers, French fries, pizzas and the like need to be delivered quickly - as their title implies, a function of a fully operational supply chain  - but they have to taste good as well, using the ingredients that grab-and-go foodies know and love.

But according to a newly released study, it seems that diners are now chowing down on menu offerings that are a great deal saltier and fattier than their past incarnations.

Based on a recently released study published in the Journal of the Academy of Nutrition and Dietetics, researchers found that most meal options at fast food restaurant chains contain more sodium, calories, and fat grams today than they did in the early- to mid-1980s, ScienceDaily reported.

The study's analysts, hailing from Boston University, arrived at their conclusions by using the publicly available Fast Food Guide to get some of the nutrition facts on commonly served and purchased menu options at the nation's top-selling chains in 1986 compared to the corresponding leading franchises of 2016.

Meals are larger and more calorie rich
Although they found that theses businesses had more meal options to choose from - including those of the health-conscious variety, such as salads with dressings on the side, vegetarian dishes and those that corresponded with popular diet programs like Weight Watchers - researchers discovered that modern items came in larger portion sizes and were more calorically dense. This was particularly evident among desserts, entrees and sides dishes, such as French fries and cole slaw.

Researchers further discovered that, on average, the typical meal at today's quick serve restaurants contained approximately 767 calories, which translates to about 40 percent of the recommended amount for a 2,000-calorie-per-day diet.

Megan McCrory, Ph.D., the study's principal investigator from Boston University's Department of Health Sciences, said that it's little wonder why obesity has reached epidemic proportions in the United States, as the ingredients in the fast food supply chain are largely lacking in nutrient density.

"Our study offers some insights on how fast food may be helping to fuel the continuing problem of obesity and related chronic conditions in the United States," McCrory explained, as reported by ScienceDaily. "Despite the vast number of choices offered at fast-food restaurants, some of which are healthier than others, the calories, portion sizes, and sodium content overall have worsened over time and remain high."

McCrory further stated that while QSRs are doing a better job at transparency by posting the nutrition facts of menu items in their locations, on websites and other marketing materials, there's more that  they can do to address this situation, such as making portions sizes a bit smaller and dialing back on the amount of sodium they use in production.

Nearly 40 percent of Americans are obese
Weight management is an ongoing struggle for millions of Americans, many of whom have hectic work schedules, thus making it more difficult to exercise and burn off the extra calories they consume. According to the U.S. Centers for Disease Control and Prevention, close to 40 percent of adults in America are obese, which translates to around 93 million people ages 18 and older. The rate is even higher among middle-aged Americans at nearly 43 percent.

Americans are well aware of the obesity crisis and aim to stay in good shape. Indeed, nearly two-thirds of respondents in a recent L.E.K. survey said they try to eat healthier more often than not. At the same time, though, 85 percent confess that they frequently wind up abandoning their carb-conscious pursuits by indulging in guilty pleasures, like fried foods and sweets.

QSRs can help to ameliorate this issue by slightly altering their production supply chain so menu items - such as hamburgers - contain more lean protein. For example, instead of using burgers composed of 20 percent fat - which is the industry standard - they may want to consider mass producing ground beef with 90/10 meat-to-fat ratios. Although there's more to weight management than portion control, health experts stress that a little goes a long way.
Procurement News