Import tariffs in the offing for Mexican-grown tomatoes 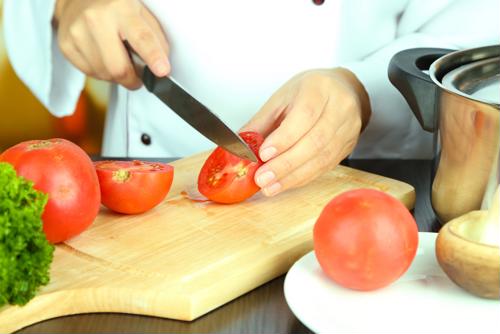 A tomato fight is brewing between two of the world's largest producers of the all-purpose fruit, a battle which may lead to a disrupted supply chain for grocers and restaurant owners who sell them by the dozens to customers.

The U.S. Commerce Department recently announced it intends to introduce tariffs on Mexico-grown tomatoes, in an apparent reversal of an agreement the neighboring nations have maintained for more than 20 years, The Wall Street Journal reported. Back in 1996, U.S. government officials penned a deal assuring Mexico it would not apply anti-dumping tariffs to tomatoes originating from there, so long as the country's producers agreed to sell their harvest at market value. The agreement has been renewed several times since then, which covers fresh and chilled tomatoes but excludes tomatoes used for processing purposes.

Florida lawmakers, interest groups at the forefront
However, farming interests groups within the U.S. - led by the Florida Tomato Exchange - have spoken out against the agreement, stating local farmers have gotten a raw deal. Concurring with the Florida Tomato Committee was Senator Marco Rubio, who, along with the Sunshine State Rep. Ted Yoho, introduced a bill in February that sought the pact's end.

"Fairly traded imports can and do enrich Americans' lives, but unfair trade practices can eviscerate the jobs and production that define dignified livelihoods and sustain our communities," Rubio explained in a press release. "The U.S. tomato industry has been the canary in the coal mine for domestic fruit and vegetable production over the last three decades. Immediately terminating the suspension agreement will reinvigorate the anti-dumping investigation on fresh tomatoes from Mexico and send the message that the U.S. will ensure vigilant enforcement of our existing trade laws and trade agreements."

Dumping, as it's more colloquially known, refers to international trade practices that seeks to monopolize a certain export by selling goods well below market value. This incentivizes consumers to buy more from the company that's selling at rock-bottom prices, thus cornering the market by reducing competition.

"Tariffs could be introduced as early as May 7."
What happens next?
Should an alternative agreement not be installed within the next 90 days, tariffs could be introduced as early as May 7, the Journal reported. Organizations like the Border Trade Alliance and Fresh Produce Association of the Americas, staunch opponents to the Commerce Department's decision, are hopeful that a new deal will be ironed out. In a statement, the FPAA said American consumers will feel the pinch, given many tomatoes sold in grocery produce sections derive from Mexico.

"Even a 5 percent reduction in supplies of Mexican tomatoes would result in consumers paying up to 25 cents more per pound at supermarkets, or up to $790 million more per year for tomatoes," according to a statement obtained by Supply Chain Dive from the FPAA board of directors.

While technically a fruit, tomatoes are the second-most consumed vegetable in America by volume, behind potatoes, based on data collected by the Agricultural Marketing Resource Center. In 2017, the average American consumed 20 pounds worth of fresh tomatoes and 73 pounds of the processed variety, such as marinara sauce, paste or tomato soup.
Procurement News