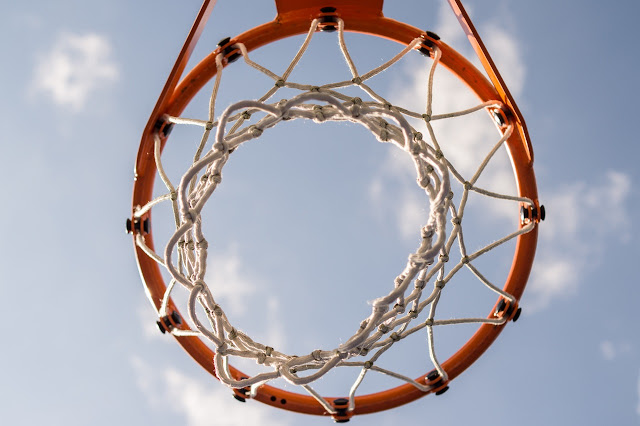 March Madness is aptly named. With more than 70 million brackets filled out every year, college basketball's championship fills America's schools and workplaces with an intense sense of competition. While the office pool is often a boon to workplace culture, it's less helpful where productivity is concerned.

WalletHub reports that American businesses can expect to lose more than $4 billion as employees turn their attention court-side. That's not to say watching basketball is a total waste of time. This year's top-seeded coaches have a lot to teach Procurement professionals about effective leadership and talent development. Check out some of their thoughts below:

"The most fundamental thing about being a good leader is the ability to communicate in a trustworthy manner. You only establish that when you look each other in the eye and tell the truth."

With nearly forty years of success behind him, Coach K is often as easy to dislike as he is to admire. After all, even Duke fans probably get tired of seeing the Blue Devils excel every year. You don't have to like someone, however, to learn from them. Anyone who's ever conducted competitor research will understand the importance of borrowing insights from their adversaries.

Speaking to Championship Coach's Network, college basketball's all-time wins leader revealed that one quality in particular has contributed to his success: trust. He trusts his players and they trust him.

When team members trust their leaders, they are willing to fearlessly embrace change and identify opportunities to innovate. When they don't? Results tend to grow stagnant and culture tends to suffer. While leading through fear or intimidation might help secure a single victory, long-term success depends on transparency, honesty, and mutual respect.

Coach K shows off trust by letting his captains and assistants speak their minds. You could do the same within your business. Recognize that leading is as much about listening as it is about providing direction. Welcome team members from across Procurement (and the organization as a whole) to offer constructive feedback and share their expertise. It will create a culture where ideas are freely exchanged and creative solutions are an everyday occurrence.

"Sometimes this thing becomes bigger than life itself. It isn't."

College basketball's biggest month tends to inspire heightened emotions. Even casual fans sometimes find themselves overcome when things don't go their way. Coach Few reminds players and fans alike that it's important to keep things in perspective. Even a loss on the championship stage isn't the end of the world.

His words should appeal to veterans and emerging professionals alike. Countless surveys have suggested that employees of all ages are eager to improve their work-life balance. Respondents cite a balanced lifestyle as advantageous to their relationships, their mental health, and even their productivity. While this thinking still strikes some as lazy or entitled, leading businesses are increasingly willing to shake things up.

Part of becoming an effective leader is recognizing that your team members have a life outside of the office. Rather than treating flexible work options as a privilege for a select few, consider making your entire team's well-being a part of your mission.

You can easily apply Williams advice to Procurement. If you're going to work as a Procurement professional, be the best you can be. Failing to do so isn't just going to hurt your organization. It's going to stymie your own professional development and ultimately keep you from reaching your full potential.

While everyone defines success differently, Roy Williams suggests every team should pride one KPI over all others: effort. If every member of your team is working to the best of their ability, you'll not only win big, but your culture will benefit from an influx of enthusiasm and energy.

From interns to the c-suite, everyone within an organizations should assess their performance honestly and work to distinguish themselves as a model of hard work. When anyone cuts corners or makes excuses, the entire business suffers.

"Be thankful certainly when there's great success, but also be thankful for what you've learned through the hard times, because there's great wisdom in those experiences."

Any great leader will speak to their formative successes. More importantly, they'll speak to the lessons they've learned through disappointment or failure. There's a reason so many coaching cliches revolve around the value of losing graciously, of getting back up after getting knocked down.

Devising innovative strategies is nothing if not an exercise in constructive failure. Even perennial number one seeds don't win every game. They do, however, look at wins and losses alike as opportunities to learn and grow.

In Procurement and Supply Chain Management, it's the leaders duty to ensure no one on their team is afraid to fail. When failure occurs, each and every team member should feel empowered to regain their composure, reflect on their strengths and weaknesses, and collaborate to ensure success in the future.

It's also the leader's duty to remind everyone of their own fallibility. When a leader communicates an air of perfection, they do little to inspire confidence. Recognizing their own shortcomings, on the other hand, encourages team members to put aside their fears and communicate with one another in a vulnerable, transparent way.