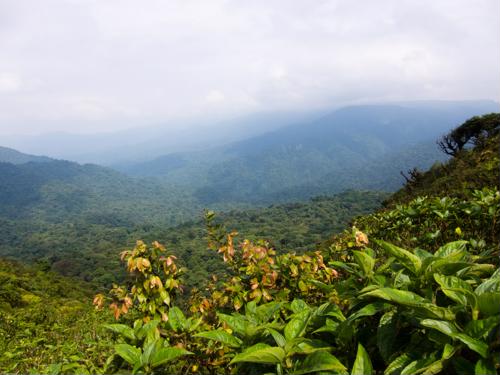 Much like cacao and coffee beans, palm oil is a ubiquitous ingredient with a history of problematic procurement. Unlike coffee and chocolate, however, palm oil is not especially visible to most consumers, and most are probably unaware of just how many goods they purchase that contain the oil.

An edible vegetable oil derived from the fruit of palm oil trees typically found in tropical rainforests, palm oil is used in a wide variety of both food and non-food products, ranging from peanut butter and ice cream to shampoo and crude oil. Procurement of palm oil has been blamed for a whole host of problems, according to Lifehacker, including deforestation in Malaysia and Indonesia, the endangerment of the orangutan population and an increase in the usage of child labor.

The Roundtable on Sustainable Palm Oil was formed 15 years ago to address some of these issues with a certification program for recognizing sustainably and ethically produced palm oil. Yet in the decade-and-a-half since, it's become apparent that certification alone will not completely change the buying habits of palm oil purchasers.

This topic was further explored by experts from the RSPO and Environmental Defense Fund, who recently gathered with other organizations at the Responsible Business Summit in Brooklyn, New York, to discuss the best ways to make palm oil sustainable at scale.


The limitations of certifications

In the last few years, there has been a realization among environmental groups, certifiers and certain large palm oil purchasers that even making a concerted effort to buy from certified suppliers will not actually have a profound impact on what conditions are like in palm oil producing countries, particularly when it comes to issues like fair farmer compensation and enforcement of local regulations around land use.

"There has been, I think it's fair to say, a loss of confidence in certification schemes' ability to actually end deforestation," said Ethical Corporation editor Terry Slavin, who moderated the Responsible Business Summit's discussion on palm oil sustainability, according to Supply Chain Dive.

"The problem really stems from people viewing the certification as a silver bullet. Certification is a tool in the toolbox you [use to] help address these issues," replied Daniel Strechay, director of outreach and engagement and U.S. Representative at the RSPO.

Strechay added that companies should depend less on certification and more on holistic approaches to improving their supply chain.

McDonald's Global Sustainability Director Rachael Sherman said that the global restaurant chain would prefer to rely solely on RSPO for its sustainable palm oil monitoring and compliance work, but that such a process would prove insufficient, since certification does not necessarily improve the deeper systemic issues at work.

Though it is now happening at a slower rate, deforestation is still growing, which Stretchay partly attributes to this failure to implement, as evidenced by the price that growers continue to command for palm oil.

According to Stretchay, only 62 percent of certified non-deforestation palm oil receives a premium price in the marketplace, meaning the supply of sustainable oil is greater than the demand, which leads to lower prices of sustainably produced oil. But if the many purchasers who claimed a desire to eliminate deforestation from their supply chains actually followed through, demand would be much higher, and the percentage of certified non-deforestation palm oil selling at premium prices would consequently exceed 62 percent.

"That's a problem," said Stretchay. "That to me says that we have to have a bigger commitment from the downstream to implement these policies."

The "jurisdictional approach" is one new method corporations are beginning to favor as a way to actually improve conditions on the ground by collaboratively working to influence local authorities. Essentially, this strategy involves efforts to insert certification standards that curb deforestation into the actual local legislation of affected areas.

Because an intimate understanding of local figures and dynamics is needed for this approach, it obviously represents a much higher degree of complexity than just buying certified products. According to Anderson, the method "allows companies to be assured that simply sourcing from a certain jurisdiction is enough to assure no deforestation and relieves the burden of continual audits."
Sabah, Malaysia, which produces roughly 10 percent of the world's palm oil, has become the poster child for this new way of doing things. A group of RSPO members have worked with local officials and nonprofits there to codify sustainable practices in state regulations, and are targeting 100 percent RSPO certified procurement by 2025.

"Companies are starting to commit to sourcing from Sabah because of that effort - because they are taking the step to take the jurisdictional approach," Strechay said.

The panel noted, however, that multiple variables can complicate the jurisdictional approach, as changes in governments and personnel shifts are often occurring. Yet Anderson said that her work, primarily focused on the beef industry in Brazil, has been succeeded by utilizing the jurisdictional approach, and McDonald's currently has three to four pilots across several different commodities to see what addressing jurisdictions at a more systemic level can accomplish.
Procurement News