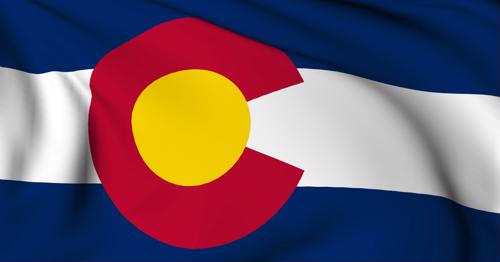 The ongoing deficit of experienced truck drivers is an issue that plagues the industry and the U.S. economy as a whole. Goods and services need to be delivered, and truckers are primarily the ones who do so, responsible for most of the tonnage carried domestically compared to other transportation modes, according to the American Trucking Associations.

With the passage of new legislation in Colorado, the industry may be on the road to fixing this situation in short order, should other states and the federal government follow the Centennial State's lead.

As noted by Supply Chain Dive, Colorado Gov. Jared Polis recently signed into law a piece of legislation that would allow men and women as young as 18 years of age the opportunity to drive big rigs - Class 8, specifically - across state lines. Currently, federal law prohibits anyone younger than 21 from doing so, but there's a chance that the federal government could do away with this ban, given that a bill called Developing Responsible Individuals for a Vibrant Economy - otherwise known as the DRIVE-Safe Act - was introduced in March 2018 by Representatives Duncan Hunter of California and Trey Hollingsworth of Indiana.

Supporters say the law change is mutually beneficial
Colorado State Senator Ray Scott, a staunch advocate for the change in policy, praised Polis for taking the initiative, telling Transport Topics that his signature will give individuals of working age more options, particularly those who want to enter an opportunity-filled workforce straight out of high school.

"A whole lot of people come out of high school these days and they don't have the funding to go to college [or] they don't want to go to college," Scott explained. "They want to start a trade and truck driving is kind of a cool trade."

Scott added that plenty of young people seek to become truckers, but often pursue other things because they can't afford waiting until they turn 21, the earliest age in which they can drive over state barriers in Class 8 vehicles. Amending this statute is a much-needed action that stands to benefit the industry as well as the nation's economy.

"Over 70% of freight shipped domestically is hauled by commercial vehicle operators."

Indeed, of all the transportation modes that get products in their various forms to their destinations, trucking tops them all. Over 70 percent of freight shipped domestically is hauled by commercial vehicle operators, with north of 10 billion tons carried in 2017, according to the American Trucking Associations.

Not surprisingly, the ATA praised Colorado legislators for taking the measures they did and are hopeful lawmakers on Capitol Hill will be so inclined as well.

"This is a common-sense proposal that will open enormous opportunities for the 18- to 21-year-old population, giving them access to a high-paying profession free of the debt burden that comes with a four-year degree," ATA President Chris Spear said last year, when the DRIVE-Safe Act was officially introduced. "Moreover, this bill would strengthen training programs beyond current requirements to ensure safety and that drivers are best prepared."

Shortage could top 174,000
The trucker shortage is a severe one, necessitating the recruitment of 90,000 drivers each year to fill the gaping hole, the ATA estimates. Should it continue to worsen, the shortfall could reach 174,000 by 2026.

In addition to offering more generous wages, businesses are also including various incentives in their bonus packages to persuade individuals toward perusing commercial trucking as a career path. Industry insiders believe that added vacation time and more comprehensive health insurance perks, among other inducements, could help optimize and revitalize the distribution supply chain. As a starting salary, truckers can make as much as $70,000 per year with some employers.
Procurement News